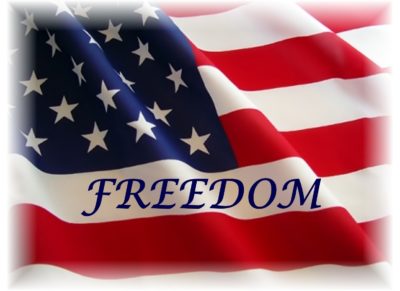 Never in all of man’s history has a country gained freedom by voting it in. Freedom is not a product of the ballot box.

Tyranny has a long history, and the cruelties practiced by some tyrants over their subjects present sickening reading. No tyrant ever gave his subjects an opportunity to vote him out.

How then has the change been made? By revolution? The long history of revolutions indicates that almost invariably one tyrant is traded for another, usually a far more fearful one. How then does society change?

Society changes only as the members of society change, only as men and women are regenerated by Jesus Christ. Apart from regeneration, a society can have some material progress, but no real advantage or freedom for most men as a rule. The areas of freedom have been the areas of Christian faith, and, as that faith wanes, freedom wanes.

This leads to some very important conclusions. The ballot box has a very important function in a free society, but it can never be expected to do anything more than to reflect the character, the desires, and the will of the people. If the people who vote are of weak or bad character, if their desires are larcenous and envious, and if their will be perverse and evil, the election results will merely reflect their own nature on a broader scope.

This means too that people who expect to reform the state or country by means of the vote, by elections, are headed for failure and disillusionment. Reformation must begin in the lives of the people in order to show up in the ballot box.

Freedom has only come to a people, as they have become, one by one, free men in Jesus Christ. As a people advance into freedom in Christ, they move their society and country into that freedom, and as a people drift into unbelief and sin, their country declines into slavery.

Some years ago, the poet James Oppenheim summed up the issue of freedom in his poem “The Slave,” when he wrote in part:

They can only set men free

And there is no need of that:

Is there a free man in your mirror?