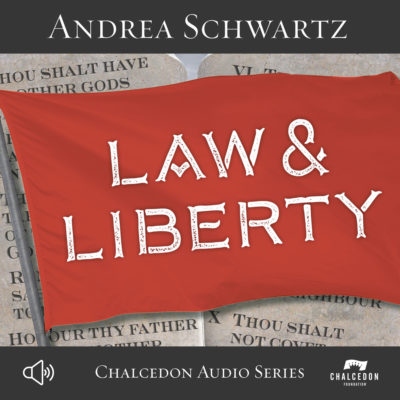 In this Law & LIberty podcast interview, Andrea Schwartz and Jeff Durbin, pastor of Apologia Church in Tempe, Arizona and host of Apologia Radio, discuss his calling from God, his various ministry efforts, and his compulsion to love his neighbor.

Jeff Durbin is Pastor/Elder of Apologia Church in Tempe, and has worked for many years as a hospital-chaplain. Jeff is a popular speaker for camps, conferences, churches & schools across the nation. He has participated in outreach to various different religions across the nation and has even engaged in public debate against Atheism. Jeff was featured on a series for the History Channel called, “The Stoned Ages” about the Christian approach to drugs and alcohol. Jeff hosts a weekly radio program heard on KPXQ called “Apologia Radio” and is heard internationally via podcast at apologiaradio.com. Jeff is a World Champion martial artist with 5 Black-Belts and and has starred in popular video games and even played Michaelangelo and Donatello for the “Teenage Mutant Ninja Turtles” franchise as well as Johnny Cage in “Mortal Combat” the world-tour. The younger crowd may have even seen him as a fighter in MTV’s “the Final Fu”. Jeff has been married to his bride, Candi, for over 14-years. Candi and Jeff have 4-children: Sage, Immagin, Saylor, and Stellar. Two more children are in heaven with Jesus, because they went to be with the Lord during pregnancy.

You can find out more about Jeff by going to: https://endabortionnow.com/jeff-durbin/