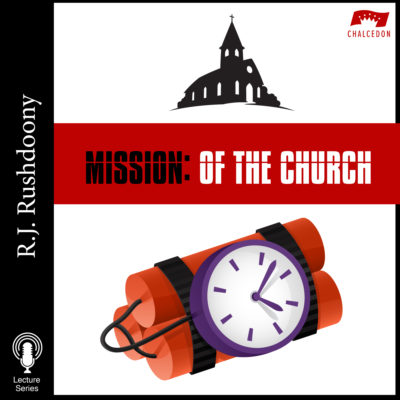 Dr. Rushdoony expounds on the dual focus of missions: Justification, and the full-orbed life of the Justified. The life of the justified must comprehensively reflect the judicial-ethical basis of justification.