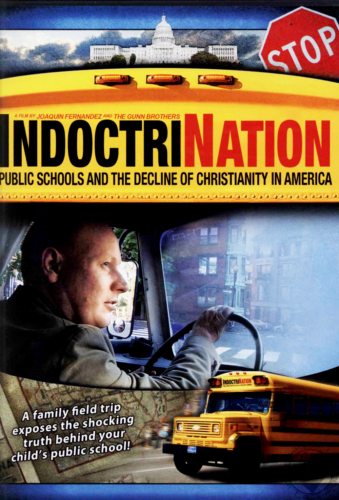 From the award-winning director of The Monstrous Regiment of Women and Shaky Town! If you're not ready to take a hard look at the true state of public education, you will want to avoid this unflinching and highly controversial documentary. But that would be a mistake!

Most Christian children attend a public school. Their families have a vested interest in all that happens there. Join Scottish filmmaker Colin Gunn a home school father of seven on a field trip across the USA.

Featuring compelling interviews with teachers, administrators, parents, and other whistleblowers, this film is part documentary, part testimonial, and totally captivating. Above all it is both an encouragement and challenge to the millions of Christians who need to know what God's Word says about the discipleship and training of the next generation. You will want to give this DVD to every parent you know.