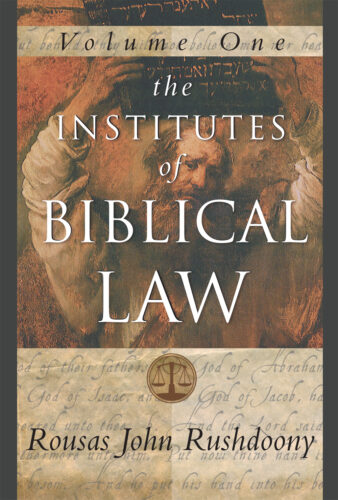 The Institutes of Biblical Law has as its purpose a reversal of the present trend. it is called "Institutes" in the older meaning of that word, i.e., fundamental principles, here of law, because it is intended as a beginning, as an instituting consideration of that law which must govern society, and which shall govern society under God.