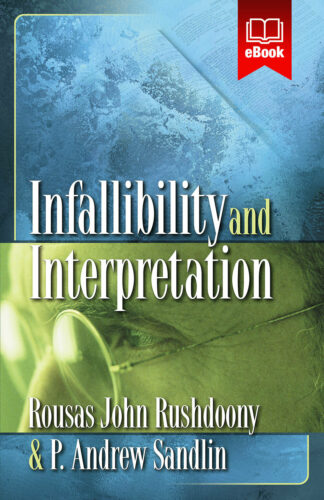 The authors argue for infallibility from a distinctly presuppositional perspective. That is, their arguments are unapologetically circular because they believe all ultimate claims are based on one's beginning assumptions. The question of Biblical infallibility rests ultimately in one's belief about the character of God. They believe man is a creature of faith, not, following the lightenment's humanism, of reason. They affirm Biblical infallibility because the God Whom the Bible reveals could speak in no other way than infallibly, and because the Bible in which God is revealed asserts that God alone speaks infallibly. Men deny infallibility to God not for intellectual reasons, but for ethical reasons - they are sinners in rebellion against God and His authority in favor of their own. The authors wrote convinced that only by a recovery of faith in an infallible Bible and obedience to its every command can Christians hope to turn back evil both in today's church and culture.