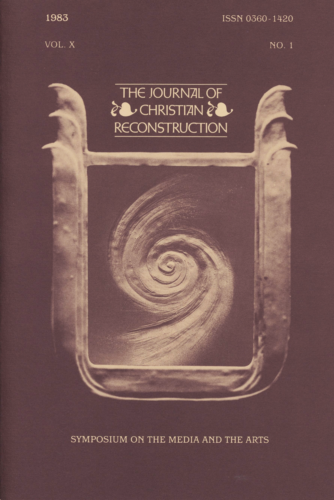 Since this issue of the  Journal of Christian Reconstruction is devoted to the Western Conference on the Media and Arts, meeting in Sacramento, California, on October 14-15, 1982