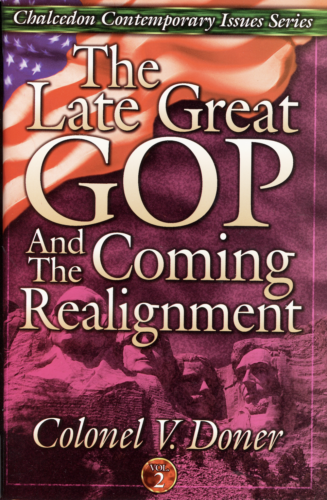 For more than three decades, most Christian conservatives in the United States have hitched their political wagon to the plodding elephant of the Republican Party.

Alas, but the old elephant led them where they did not want to go. Time and again, election after election, the same Republicans who as candidates ostentatiously courted Christian conservatives, when elected reversed themselves, unceremoniously shutting the door in the face of the very Christians who worked so diligently to get them into office, and pursued policies antithetical to conservative Christianity.

This work is a call to arms for those weary of political vacillation and committed more firmly than ever to the necessity of a truly Christian social order.