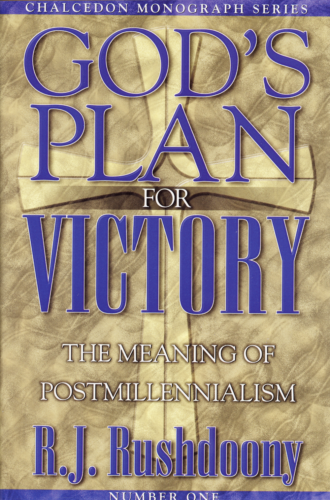 An entire generation of victory-minded Christians, spurred by the victorious postmillennial vision of Chalcedon, has emerged to press what the Puritan Fathers called "the Crown Rights of Christ the King" in all areas of modern life. Central to that optimistic generation is Rousas John Rushdoony's jewel of a study, God's Plan for Victory (originally published in 1977). The founder of the Christian Reconstruction movement set forth in potent, cogent terms the older Puritan vision of the irrepressible advancement of Christ's kingdom by his faithful saints employing the entire law-word of God as the program for earthly victory.