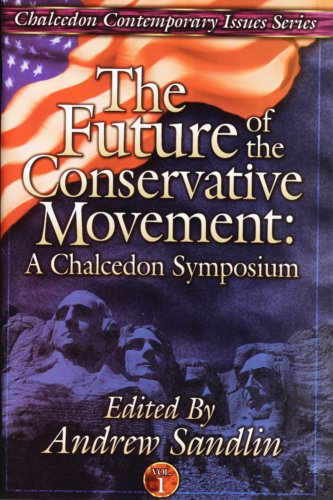 Edited by Andrew Sandlin. The Future of the Conservative Movement explores the history, accomplishments, and decline of the conservative movement; and lays the foundation for a viable substitute to today's compromising, floundering conservatism.

Because the conservative movement, despite its many sound features (including anti-statism and anti-Communism), was not anchored in an unchangeable standard, it eventually was hijacked from within and transformed into a scaled-down version of the very liberalism it was originally calculated to combat.