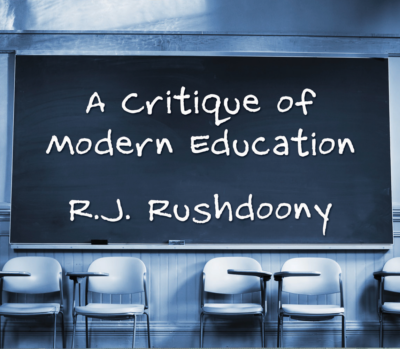 Rushdoony helped launch the revolution in Christian education, and these four lectures feature some of the classic themes in his educational philosophy. The state, acting as savior, utilizes education as a means of creating a new humanity-one that is anti-God, anti-biblical, and humanistic. Only a thoroughly Christian education can reverse the push towards the City of Man, and create a people made ready for the City of God.