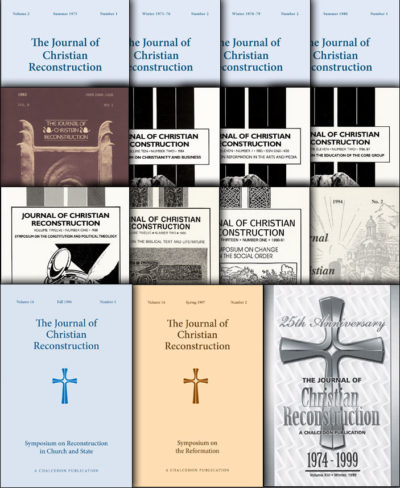 The Journal of Reconstruction Set is a set of the currently available issues which include:

NOTE: JCR 5.1 & 15 are not part of the set as we are out of stock of the clean undamaged copies. If you still want these issues, check our damaged section where they are available while supplies last. They may have bent corners, scratches on the covers, or the book appears wavy due to the printer's poor packaging.