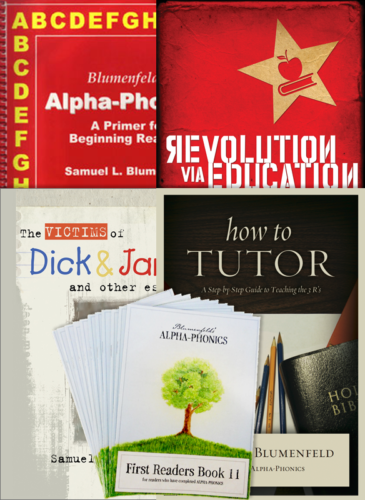 The Alpha-Phonics Readers accompany the text of Sam Blumenfeld’s Alpha-Phonics, providing opportunities for students to read at a level that matches their progress through the text. These eleven readers move from simple sentences to paragraphs to stories, ending with poetry. By the time a student completes this simple program, the phonetic reflex is well-established. This program has also been successfully used with functionally illiterate adults.