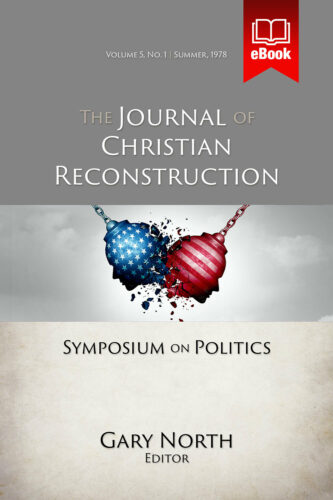 There are millions of Bible-believing Christians in the United States, people who affirm their faith in the infallibility of the Bible. Yet it is obvious to anyone that the United States is dominated by the forces of secular humanism.

Roger Wagner has been Pastor of Bayview Orthodox Presbyterian Church, Chula Vista, CA since 1983. He also serves on the board and faculty of the Southern California Center for Christian Studies and teaches Biblical studies and theology at Covenant Christian High School in Chula Vista. He first met R.J. Rushdoony in the mid-1960s and has been a friend of Chalcedon since its founding. He has previously published articles in both the Chalcedon Report and the Journal of Christian Reconstruction. He and his wife, Sherry, have three grown children and one granddaughter. He can be reached at [email protected]home.com.