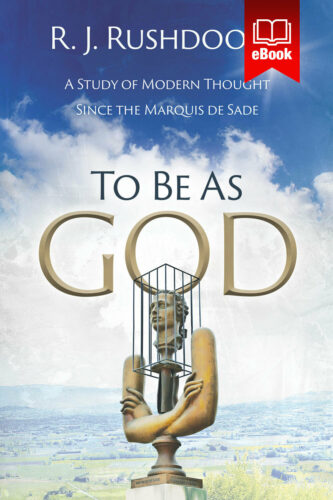 This monumental work is a series of essays on the influential thinkers and ideas in modern times. The author begins with De Sade, who self-consciously broke with any Christian basis for morality and law. Enlightenment thinking began with nature as the only reality, and Christianity was reduced to one option among many. It was then, in turn, attacked as anti-democratic and anti-freedom for its dogmatic assertion of the supernatural. Literary figures such as Shelly, Byron, Whitman, and more are also examined, for the Enlightenment presented both the intellectual and the artist as replacement for the theologian and his church. Ideas, such as "the spirit of the age," truth, reason, Romanticism, persona, and Gnosticism are related to the desire to negate God and Christian ethics. Reading this book will help you understand the need to avoid the syncretistic blending of humanistic philosophy with the Christian faith.