Romy,* age 7, pesters her parents to let her get a job. She wanted to be a grocery bagger at the supermarket. Her dad told her she had to do something with what she had available and to do it for God, not for her.

Her parents asked her what she could do without much investment as she only had $50 pesos, about $2.63 at today's exchange rate. It was money she had saved from working around the house and from occasional gifts from her grandparents. In essence, Romy capitalized herself. Her parents didn't put anything extra into the pot.

Her mom told me they hoped to disabuse Romy of the idea of working for someone else and instead to work for herself with what God had put in her hands, with mom and dad's supervision of course.

In the last three weeks, she has made $400 pesos was profit, about $21 US. Sales were much more. Her first production run was 4 bolis of each flavor, chocolate, strawberry, yogurt and mango. Now she is making 16 to 18 a day. As soon as they get home from the Learning Center the neighbor kids are knocking on the door. 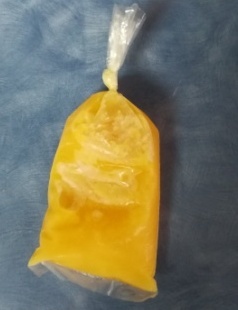 Now, her parents are pretty astute to begin with, her mom was an upper level manager for the Carl's Jr. restaurant in town, but you have to hope that our vocational discipleship groups with such books as Gary North's Inherit the Earth, have refined and directed their thinking. They both are voracious students of these ideas from the Scripture. Both are reading Rushdoony’s Institutes.

Romy has to be one of the quietist little girls in the Learning Center. You never know. What a cutie. Who wouldn't buy a bolis from her? Her quiet demeanor can fool you though, in no way does she lack self-confidence. Her mom says, “Damos gracias a Dios por nuestra enana.” (We thank God for our little dwarf.)

*Romy is short for Romina 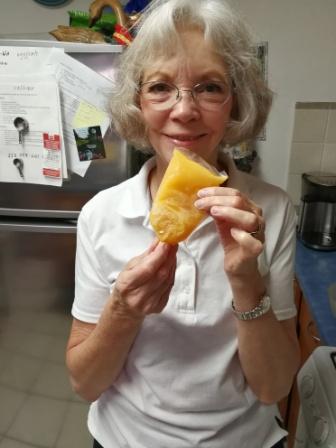 The answer to humanism and its statism is Christian faith and liberty. The Chalcedon Foundation is leading in this great mission of Christian education, and we need your support.  Click now to donate.