Parents who send their children to public schools, which are state schools, are failing in a number of ways when it comes to obedience to God’s Word. The current reality in the United States, and the West in general, is that the only way the name of Jesus Christ is acceptably uttered in public schools is when someone curses, belittles, or denies Him. When Christian valedictorians who have achieved success in public schools are denied the chance to express  gratitude to the Lord for their accomplishments in their speeches, it should tell you something. Thus, those who profess belief in Christ, and who continue to turn their children over to the state to be educated have no ground to complain or oppose the condition of the society that they have helped to maintain. Instead of being a part of the solution, they are very much a part of the problem.

Many argue that if all Christians were to abandon the state schools, a valuable evangelistic opportunity would be lost. However, the only evangelism that takes place in  public schools involves  children being indoctrinated into humanistic, godless beliefs, throughout the entire curriculum. Those who claim that their children are there to be salt and light, fail to recognize that, given the setup and the fact that they are under godless authority, being salt and light only makes children easier targets for manipulation, persecution, and silencing.

I am a grown woman with years of experience of being a follower of Jesus Christ and I do not consider the realm of the public school fertile ground for evangelism. The very tenets of the Christian faith are in direct opposition to the origins and existence of state schools. Books such as The Messianic Character of American Education and Intellectual Schizophrenia are good places to start  gaining a foundational understanding as to why Christian children do not belong in non-Christian schools.

A Christian education is not just “regular” school done elsewhere. It is, at its core, a rethinking of every academic, artistic, and practical skill from the lens of Scripture with the priority given to teaching that every area of life and thought is to be governed by the Word of God.

If you care about the future of society and the Kingdom of God, and wish to change course in the educational program of your children, I invite you to make use of Chalcedon’s resources, and my weekly office hours for homeschooling families, or those who need some help getting started. 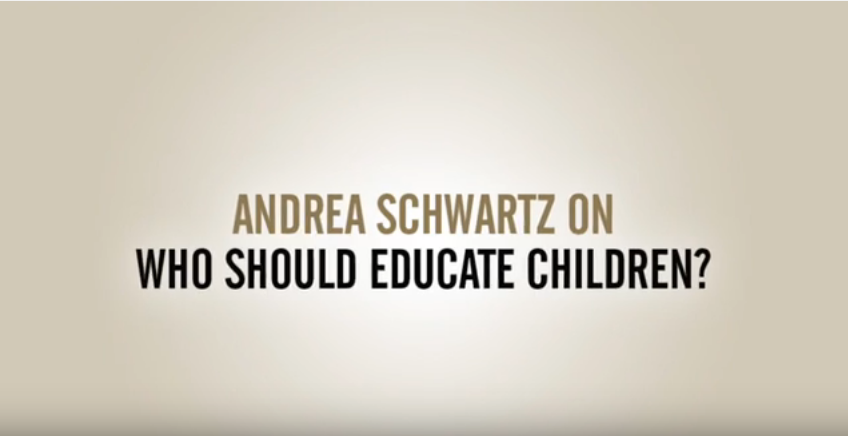