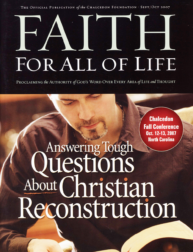 Leviticus 19:16–17 is usually cited as that instance where gossip is condemned by the law, and is often read as a denunciation of gossip rather than court-related law. An examination of the text makes clear that, while gossip is condemned, the courtroom is in view: 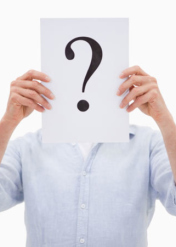 Brothers Under the Skin

Where does this mask principle, the principle of anonymity to conduct war, enter into Christian thinking? Answer: In the realm of the Internet, where self-appointed keepers of the flame cultivate a carefully maintained anonymity to attack other Christians.

Peter’s denial of Christ is one of the few stories included in all four of the Gospels. Each instance features great detail, so much so that Peter must have had a hand in insuring that his greatest sin was recorded. There are apparently great lessons to be learned from his most embarrassing life moment.

The Biblical Duty of the Militia

When foreign nations attacked Israel in the Old Testament, the men of Israel had more to fight for than “my country.”

Many were heartened by headlines this spring that announced the U.S. Supreme Court’s ruling against the notoriously gruesome procedure known as partial birth abortion. The case was Gonzales v. Carhart

A Review of The Divided States of America?

[T]he plain fact is that the United States has only in recent years departed from its Christian foundations. —R. J. Rushdoony

The Importance of Friendships: Stonewall Jackson and John Blair Lyle

It is often in these lesser-known historical events where God does some of His greatest work. Such is the case with a little-known Presbyterian elder who was born in November of 1807. As with Lee, 2007 marks John Blair Lyle’s 200th birthday. While most readers know of Robert E. Lee, I doubt many have ever heard of Lyle. But had it not been for Blair’s path providentially crossing that of Thomas J. Jackson’s, it is doubtful whether Lee and Jackson would have ever formed their “model partnership” and if anyone would have ever heard of the man who was to become “Stonewall.”

How Can a Christian Priest Be a Muslim?

Thou shalt have no other gods before me … for I the LORD thy God am a jealous God. —Exodus 20:3,5