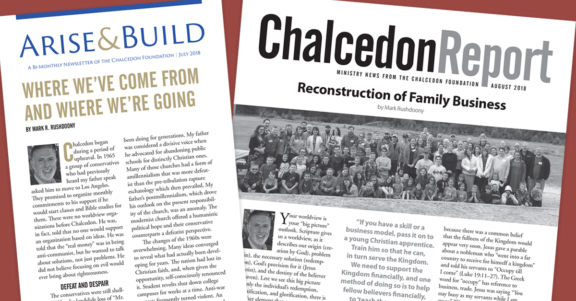 Changes are part of life, and we know that if we refuse to accept them we find ourselves increasingly “out of touch.” When my grandparents arrived at Ellis Island in 1915 they had a distinct advantage in that they were already fluent in English. Those few who arrived as adults and never learned the language became dependent on others because they did not adapt to the change.

Shifting the Weight: Chalcedon Returns to a Scholarly Journal

It is time to shift the weight from the magazine back to the Journal. Stewardship of Chalcedon’s resources must always be pegged to the advancing technologies of our era to maximize our impact and avoid stagnant backwaters.