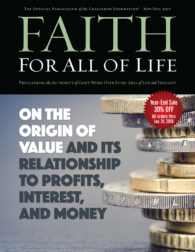 On the Origin of Value and Its Relationship to Profits, Interest, and Money
November/December 2017
Save Issue Download Issue (PDF) It is always easier to judge others than ourselves, and the disciples are often treated as easy targets. As heirs of two millennia of commentary and sermons we are stunned to have the disciples, after listening to eight parables, respond to Jesus’ question with a simple affirmative. We are tempted, perhaps, to object that they could not possibly have fully understood. But there was no chiding by Jesus; He accepted their response! Moreover, He then directed a ninth parable to them. Each of the previous eight were parables about the Kingdom of Heaven itself; this one was about those who were “scribes,” learned men, of the Kingdom who could instruct others. Jesus believed they did, in fact, “understand.” 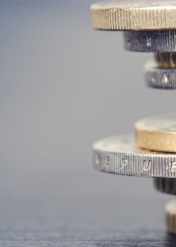 On the Origin of Value and Its Relationship to Profits, Interest, and Money

The concept of value that we will explore corresponds to the worth that we attribute to material objects. Such value is subjective, volatile, and unmeasurable. But at one point it translates into prices that consumers will agree to pay in money. The sale of a company’s products will translate into income for laborers and owners of capital. ​We are all products of our times. Although we like to think otherwise, unless we evaluate our practices and traditions from a Biblical perspective, we are likely to be using the methods of secular society and adapting to the ways of the world. 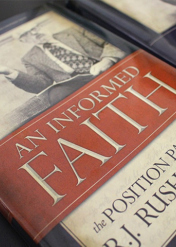 Arriving at an Informed Faith

The year was 1974 when I first became aware of the man with the funny names. Neither “Rousas,” nor “Rushdoony” were words I had ever heard. Had it not been for the middle name of John, I might have doubted whether or not he was a real person.

The Decrees of God When we say that God decrees something, what do we mean? At first glance, this seems to be something very remote from our lives, but it actually has a meaning and application which reaches down into every fiber and nerve of your life and mine. I was 300,000 words into writing the first draft of Outremer, a historical fantasy series set during the 200-year history of the medieval Crusader states, when I realized something had gone wrong.

The Case for Christ “The only way to truth is through facts.” For award-winning Chicago Tribune crime reporter, and two-fisted atheist, Lee Strobel, those were words to live by.