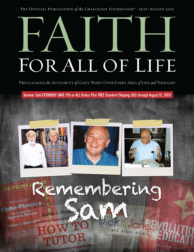 The Legacy of Government Education

Those Americans who love liberty have had little to cheer about in recent generations. Those who desire to see a specifically Christian liberty in the context of a growing Kingdom of God in the West have had even less success, with one exception. The future histories of the West will note the first cracks in the monolith of twentieth-century statism in America appeared with the revival of distinctly Christian education, first in the day schools of the 1960s, then the homeschool movement a decade later. Whether he was an official Public Enemy #1 of the NEA, or simply someone whose parentage the NEA may have questioned, Sam was a formidable opponent of public education, and the NEA in particular. So formidable, in fact, that attempts to rebut criticisms of public schools appear to have been shaped, in part, in response to Sam’s work … without even mentioning his name.

In 1993 my wife Victoria performed a counter-revolutionary act. She handed a well-worn, red spiral-bound book to our six-year-old daughter. Our daughter could not read, but that was precisely the point. The book was Sam Blumenfeld’s work on phonetic English. After a few days of reading over the basic sounds and alphabetic code with her mother, our daughter concluded, “Well, that was easy; I can’t see any reason why Ben couldn’t do that.” Ben was her four-year-old brother. Within a few days of being led through the book by his big sister, he, too, was reading English. Today Ben has sons of his own, and will shortly introduce them to the architecture of academic freedom, as presented so straightforwardly by Sam Blumenfeld. 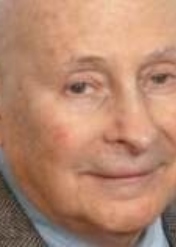 I first heard of Sam Blumenfeld in the mid-eighties soon after meeting Dr. Rushdoony. We had donated a car to Chalcedon. As part of his thank-you to us, Rush gifted us with books. Since he knew we were already homeschooling, Sam Blumenfeld’s books were among those we received. I read his book NEA: Trojan Horse in American Education and How to Tutor. Soon afterward, I purchased a copy of Alpha-Phonics: A Primer for Beginning Readers. Two of my three children learned to read with this book and I have used it successfully with a man who was functionally illiterate and improved his reading capability.

A Foreword to Blumenfeld’s Masterpiece

The job of a foreword is to explain why a book is important and should be read. In the case of this new edition of Samuel Blumenfeld’s history of the origins of the modern “public” school system, Is Public Education Necessary?, that task is easily accomplished.

The Constitution requires legislators to take an oath of office. Every person who signed the U.S. Constitution believed that an “oath” was an act of worship, a promise made in the presence of God. At first, only Christians were allowed to take any oath. This meant only Christians could hold political office; atheists could not.

My Time with Sam Blumenfeld

I first met Sam Blumenfeld many years ago in Washington D.C., at the late Marshall Fritz’s “Alliance for the Separation of School and State” conference. I had already been familiar with his books and was very encouraged by his work on education and the Christian faith, and was eager to meet him. For those who have never met Sam he is a wonderful anomaly. Although he is short of stature, he is a giant of a man. Meeting Sam was a thrill that I believed, at that time, would be a once in a lifetime event. I was wrong. We would eventually meet again and even work together in the future. In fact, we would become friends.

Review of The Green Ember (Novel) 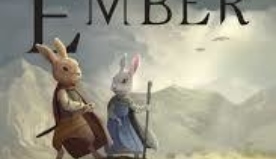 My first reaction, once I’d finished reading this book, was to say, “Oh! Now we’re getting somewhere!” To some it may seem a trivial pursuit to try to reclaim territory for Christ’s Kingdom in the realm of fantasy literature. “The world’s on fire—and you’re twiddling around with children’s books?” But there are two things they haven’t considered.

This is the ninth in a series of articles about addiction treatment pioneer Dr. Punyamurtula S. Kishore, the Christian physician who was jailed in early April, 2015. If you’ve not been following this story, please read through the previous eight articles that have appeared in Faith for All of Life since the March-April 2014 issue.