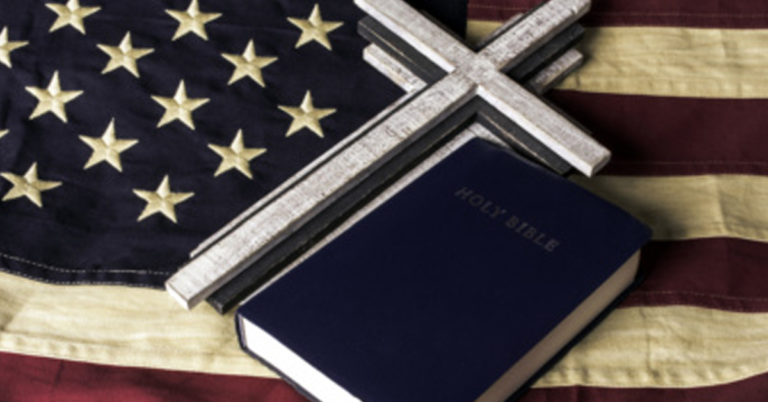 Despite the multitude of differences in the body of Christ there seems to be a universal agreement that a liberating forgiveness is an essential part of the gospel. The nature of that freedom in contemporary Christianity has tended to emphasize the inward, psychological freedom we have in Christ, but this inward reality is never without an outward manifestation. Forgiveness changes the believer, and his inward regeneration produces an outward dynamic that cannot be limited to the individual.

God's forgiveness is not a change of sentiment or attitude. It is a judicial, a legal, act. It means that God's indictment of man, His judgment of death on him, has been dropped. Man is no longer liable for this death penalty because it was paid in full by Christ on the cross.

Forgiveness by God does not change man's nature, but his relationship to God's justice. He is no longer a condemned man, living on death row. Forgiveness gives man a future orientation, because he is freed from sin and death to a new life.

The unregenerate have no such freedom, because they seek not freedom from sin but in sin. They desire freedom from the consequences of their sin, but not from sin itself. Throughout history, paganism has had little to do with changing the individual or even worshipping a superior being, but rather with satiating the anger of the gods. Sacrifices were typically a bargaining chip: "I have given you this, please let me go my way unmolested!"

This was the attraction of Baalism to the Hebrews, and why, once they were immersed in it, they could not give it up. The baalim were a multitude of baals, lords or powers that supposedly provided fertility, which was inclusive of all progress, health, prosperity, and success. They were afraid to offend any of the baalim lest they suffer. They also treated Jehovah as one of their baalim, so they went through the motions of the temple rituals and prescribed sacrifices on the assumption that such nominal faithfulness would cause God also to keep them in good favor. Instead of freedom, such superstition kept the Hebrews in bondage to their fears and a multitude of mythological deities whose anger they felt had to be constantly assuaged. Their apostasy caused them to be dominated by fear of these baalim and the demands of their priests.

God's forgiveness is more than a technical legal status because it always involves regeneration. God displays His power over sin and guilt by empowering our growth in grace. We are thus told to be bold in approaching God (Heb. 10:16-25) because we have been freed from an "evil conscience" (v. 22).

Unresolved guilt is the most debilitating problem of man. Though science after Darwin tried to ignore it, Sigmund Freud addressed it (much to the displeasure of many of his contemporaries). He could not remove it, but at least saw it as so powerful a reality that he had to try to give it an explanation in terms of an elaborate evolutionary construct.

A man forgiven by God's justice, however, can be bold to approach Him. Such a man can then be bold before men. Boldness before men thus marked the early Christians. They were bold in denying the religious and philosophical traditions of the time and bold in challenging the demands of men and mobs that they keep quiet. The man who knows the justice of God in his own life will not fear the injustice of men.

The Bible, in fact, calls those who are redeemed the just, or the righteous. The two terms are synonymous, as are justice and righteousness. The believer is justified, or declared righteous, by God. Those who know God's justice in their lives, who are in fact called the just of God, will be bold in declaring its freeing power and in opposing any human justice which seeks to replace it with a counterfeit. A man who is bold before God will be bold before men.

The forgiveness of God is restorative. It restores men to communion with their Creator. It restores man to dominion, to the pursuit of his calling in terms of obedience rather than rebellion. He is restored to a life of meaning, purpose, and hope in the Kingdom of God.

The forgiveness of God is also empowering. Man finds his true liberty not in the license of sin, but in terms of his created purpose. The internal spiritual liberty that God's forgiveness provides then creates its manifestation elsewhere. A man liberated by God's regeneration is called a "new creature in Christ" by Paul (2 Cor. 5:17; Gal. 6:15). He is liberated from God's curse into a life of God's grace and joy; he becomes a child of God and a joint heir with Christ. The liberation provided by the blood of Jesus cannot be limited to the inner man. A man freed from prison will not be content to sit on the steps of the jailhouse. He will with joy explore the implications of his freedom.

When man himself is changed by God's power and seeks to exercise this liberty, he must do so within the context of God's moral law. His multitude of activities then creates in every realm the blessings of which the material increase enabled by private property and liberty are but one example. Not only man's wealth then increases, but also justice. This is why the just, or righteous, are called on to not only be righteous themselves, but to do righteousness. Material blessings pale before the potential for justice that liberty in the context of God's law can produce.

A Social Order Without Forgiveness

The absence of forgiveness thus has tremendous social implications. If man is not freed from sin and guilt, they can be used against him on the personal, social, and political level. Blackmail is usually only possible where there is guilt and a liability to exposure. Guilt is often used as a tool of manipulation by the state. It invokes what is "good," "fair," and "right" so that all who differ are made to defend what is presumably sinister, unjust, and hateful. Political correctness is a new moral code, one which conveys a pre-determined ethic devoid of Biblical justice.

By speaking in moralistic terms, men seek to confer sanctity on themselves, one which gives them a higher moral ground. There is nothing more fruitless than talking to a man who assumes he alone thinks and speaks in terms of a high moral ethic because his assumption is you cannot share the high ground without agreeing with him.

Man was created as a moral being, so he has to think in ethical terms. If he rejects God's morality, he may distort it or redefine it entirely, but he must justify some behavior and condemn others. It is built into his being to "justify" some things and condemn others as wrong. Controlled by their guilt, guilty men try to manipulate others by a false guilt. "Conscience does make cowards of us all," said Shakespeare's Hamlet, so guilty men are easy victims of what was called "guilt-tripping" in the '60s.

Guilt as a Tool of Control

Ascription of guilt is so easy, many will often accept a judgment of guilt against others without a specific offense. White people can be defined as racist and prejudiced, capitalists as thieves, miners and loggers as abusers of nature, and the morally upright as repressed.

The use of guilt as a means of manipulation ought to be seen as particularly offensive, because Christ came to free men from guilt. The use of false guilt to manipulate Christians works directly contrary to the liberating power of the gospel. The motivation that is to be preached in the church is obedience following repentance and faith, restoration and empowerment, not guilt. Any other behavior done to counter guilt is a form of self-atonement.

The state often does more than just use the language of ethics for its purpose, however. It often promotes immorality in the name of freedom to distract people from their own enslavement. It encourages a definition of liberty as freedom from morality, and classifies sins as human rights. License to sin is defined as the essence of freedom. Such a people then fail to see their enslavement through high taxes, intrusive government, a lower standard of living because of the lower purchasing power of the government's fiat money, and the abridgment of their historic liberties.

A sinful people want sin redefined to their advantage. They want their own inclination called justice and contrary views condemned. A guilty people are also less inclined to judge others, so standards generally decline. "The times we live in" are blamed, but not an immoral people. In such a society criminals will be treated with kid gloves and penalties will be lessened. The result is not only increased lawlessness, but institutionalized injustice.

An immoral people have no moral fortitude to stand for anything except the right to be immoral. They cannot stand up for righteousness because that is a Christian concept. They cannot stand up for a justice for which they have no standard. Sin and guilt create a moral bondage which produces civil and social manifestations. Why act as free men when it only leads to more sin and guilt? The sinner cannot change the nature of his own culture because he cannot change himself. The sinner can complain about tyranny, but he has few answers to it.

The only way to change a culture is by changing men, and this is only possible through the transforming power of the gospel of Jesus Christ.