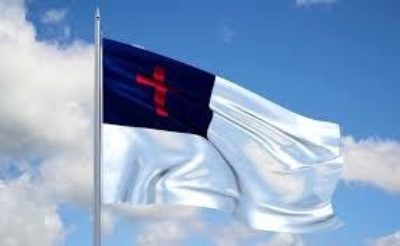 Here as elsewhere God gives no punitive power to man. Just as violation of the dietary laws brings its own penalties upon us, and just as a disregard for God’s law limiting the extent of debt brings judgment upon us, so too a people’s refusal to be a holy nation is its own punishment.

To be a holy nation means that God’s purposes prevail over personal and national wishes. In Exodus 19:6, this means being “a nation of priests.” A priest dedicates himself and all that he has to God’s service. A nation must likewise be a holy nation.

Our holiness is apparent in the details of life. Thus, our diet must not include an animal, even if a clean one, that is torn by wild animals. Such meat must be given to the dogs (Ex. 22:31).

This also means no participation in pagan worship. Paganism cannot be allowed at any public function. Obedience here will bring health and prosperity, and the implication is that disobedience will bring the reverse (Ex. 23:24f.).

The emphasis in the idea of a holy nation is on God’s grace, and then on our gratitude. Disobedience begins with the illusion that God’s covenant law is a restraint upon a people’s freedom rather than the ground of it. To see God’s law as a limitation on us rather than our empowerment is the beginning of apostasy.

More than once in history, Christian nations have seen themselves as a new Israel of God. There is nothing wrong with this, and Paul in Galatians 6:16 sees the Christian community as “the Israel of God.” That this concept has been abused does not diminish the fact that the churches and the nations are called to be God’s chosen peoples and instruments.

Apart from this calling to be a holy nation, the various states pursue a course of self-aggrandizement, humanistic messiahship, and pragmatism. To be a holy nation means to see the priority of God and His law in all things, and to make true justice the goal of society.

Taken from The Institutes of Biblical Law, Vol. 3, p. 83. Get your print copy today!