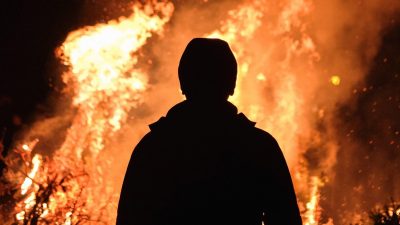 The Lord God uses strong language throughout Scripture to tell us how He views sin. We must recognize that there is a difference be­tween strong language and profanity. Profanity is a sign of weakness and impotence; profane men cover up their inadequacies by the use of pro­fanity; they present a pseudo-manliness in place of the realities of quiet strength. God’s strong language reveals His nature, justice, and power.

One such word is abomination, which appears repeatedly in the King James Version. It is a translation of several Hebrew words, all similar in meaning: sheqets means filthy, idolatrous; towebah means disgusting, abhorrent, idolatrous; taab means to loath or detest; piggul, to stink; zaam, to be enraged, to foam at the mouth; and so on. Homosexuality (Lev. 18:22) is described as disgusting, idolatrous, (towebah), and Le­viticus 18:30 applies this term to the entire catalog of sexual evils and to Molech worship. In Leviticus 11:10–13, 20, 23, 41–42, the term sheqets, filthy, idolatrous, is applied to forbidden foods.

Sacrifices offered to God in a false spirit are called an abomina­tion (towebah); Proverbs 15:8; Isaiah 1:13, etc.; and lying lips and false weights are so designated in Proverbs 12:22; 20:23, and elsewhere with the same word.

Two basic stresses in the words used in the Greek and Hebrew and translated as abomination are that an abominable thing is, first of all, idolatrous. It is idolatrous because it is contrary to God’s law. The Greek word for abomination (Acts 10:28; 1 Pet. 4:3) is athemitos, meaning un­lawful (themis being the word for law). Another Greek word, bdelyktoi, appears in Titus 1:16 to describe men who profess to know God but deny Him by their works; such men, Paul says, “profess that they know God; but in works they deny him, being abominable, and disobedient, and unto every good work reprobate.” It is this same word, in its nominative form, which is used to describe the “abomination of desolation” (Matt. 24:15), the epitome of false religion. In Revelation 21:27, all such are barred from the Holy City, the new creation. Thus idolatry involves de­spising God’s law and pretending to have faith while being disobedient.

Second, the words for abomination also indicate that there is filth, stench, and repulsiveness inseparably connected with what God abhors. Paul says, “Whether therefore ye eat, or drink, or whatsoever ye do, do all to the glory of God” (1 Cor. 10:31). We cannot do anything to God’s glory if it is not in faithfulness to God’s law-word. Scripture asserts the unity of things physical and spiritual, so that the unity of both is apparent both in faithfulness and disobedience. That which is lawless and idola­trous is also repulsive and filthy in God’s sight, and it therefore should be so in our eyes also. God, who does not change, does not call something an abomination at one time and good at another. What disgusts God should disgust us.

The word abomination does not describe something which is “par­ticularly offensive to the religious feeling,” as one scholar has said, but something which is totally abhorrent to God. Different cultures have had different ideas on the subject. Genesis 43:32 tells us that the Egyptians would not eat with the Hebrews, “for that is an abomination unto the Egyptians.” Herodotus said, “no Egyptian man or woman will kiss a Grecian on the mouth,” because it was an abomination for them to do so. Differing cultures have had varying ideas on the subject, but our view must be Biblically, not culturally, governed. It is what is an abomination to God that must govern us.

Thus, when we encounter the word abomination in Scripture, we should take warning. God is using strong language, and He expects us to take a strong stand in obedience to His Word.

Originally published in 1991 in Roots of Reconstruction. Now included in Faith and Action, volume 1, 521-22.