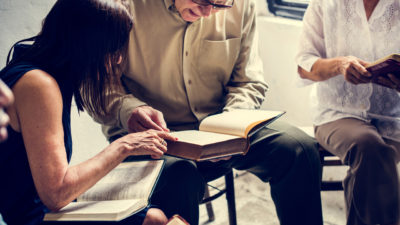 I have been asked several times over the years to what historically analogous period of Hebrew history I would compare the church today. That question itself reveals the limited validity of any such comparison, because it compares the course of God’s providence between the old Hebrew covenant and the new covenant in Christ’s blood. In the old covenant the membership was small, and several times appeared to be near extinction. We can take the hard-won lessons of those old covenant believers to heart, but our context is far different in “these last days” (Heb. 1:2) because of the victory that was accomplished by Jesus. His resurrection was the turning point of human history and we, the covenant people in His blood, are now operating in His Kingdom, the increase of which will not end (Isa. 9:7).

Simply put, the decisive battle of the war has been won. We are, as the people of the King, advancing as His Kingdom goes from victory to victory, and we are told the gates of hell will fall to it (Matt. 16:18). Therefore, Paul could write from Corinth, a center of pagan tradition and immorality, that even though the world considers believers “sheep for the slaughter,” they are, in fact “more than conquerors through him that loved us” (Rom. 8:37).

That said, there is a problem in the church today that is comparable to one repeatedly identified in Hebrew history, disobedience. This is not analogous to a historical period; it is simply man’s recurring sin. The prophets over several generations reminded the people of the old covenant of their disobedience. First Israel, then Judah devolved into Baalism, the worship of fertility gods. Altars, images, and shrines proliferated, even in Jerusalem. Worship involved sexual acts and, at times, even child sacrifice. One would think such practices would be enough witness to their ungodliness, yet the prophets repeatedly referenced their disobedience to God’s laws in such “lesser” matters as treatment of the poor and widows, land use, money, and business practices. Why?

The covenant was governed by a covenant law which had been consistently ignored in one area after another. The prophets were testifying, witnessing to the people’s abandonment of the covenant in their day-to-day life. Neither Israel nor Judah ever officially repudiated Jehovah. They both claimed Him and His promises, yet added false gods, much like modernists refer to the “many sources of truth” or “paths that lead to God.” They could play a semantic game and claim Jehovah, but they could not deny the specific ways in which they ignored His laws. They could argue theology, but the prophets declared their society was evidence of their violation of the covenant. Professed belief must be backed up by obedience. “If you love me, keep my commandments,” Jesus said (John 14:15).

The Christian Reconstruction movement began with my father’s work and his principal mouthpiece was the Chalcedon Report, which was first published in 1965. It was his essays in that publication which developed what he called in the first issue “a counter-measure to the prevailing trend” (October 1, 1965). Not too many newsletter essays are published as anthologies, but these essays are so important we did just that in a three-volume set we titled Faith and Action.

“Faith and action” was a term my father used repeatedly, because so much of the modern church talks of faith but not action, the activity of our faith. My father, on the contrary, saw theology as our understanding or explanation of our faith, but wanted to emphasize our responsibility to act in terms of it. Faith must result in faithfulness, yet the sum of much modern Christianity is talk about the faith or its “spiritual” meaning rather than its application.

My father claimed the Protestant Reformation as his theological heritage, but was not content to live in its past, as though a rehearsal of its battles represents a gain for the Kingdom. The Reformation advanced the Kingdom of God by correcting errors evidenced in practice. In the sixteenth century its theological battles had immediate practical application while rehashing them is today often little more than an academic exercise. There are many churchmen today who are Reformed in the sense that they are in agreement with the theology of the Reformation but who do precious little reforming today.

The result is that Reformed thought is often characterized as primarily an intellectual approach. That is generally unfair, but to the extent anything is reduced to a primarily scholarly or academic defense it becomes rationalistic and cold. Being Reformed must be about more than sixteenth-century battles; it must be a reforming movement now and moving forward. If the primary criteria of being Reformed is about having the best understanding of theology, it will do nothing. That is the “faith” James condemned as “dead” because it was without “works,” that is, action or application (James 2:14-20). The word James used to refer to works means toil or physical activity, not to describe a works salvation but a working faith. Even the devils believed, James said; knowing the truth in the Christian sense is to live in terms of it, to apply it. To be Reformed means we believe in the reforming power of the Word and the Spirit, so we boldly act in terms of the claims of the Lordship of Jesus Christ and the certain advance of His Kingdom.

The old covenant prophets rarely mention what the people or priests believed; their preaching was about obedience. Theology must be the basis for action. If theology only results in academic thought and debate it is no longer seed being sown that it might grow and multiply. When it became necessary that charitable work be given increased attention, the apostles anointed men to do so while they continued to devote themselves to “prayers, and to the ministry of the word” (Acts 6:4). Both theology and application, faith and action, were necessary and neither ought to be ignored.

My father had great respect for men who were doers, men of action. He once commented that many people were Reconstructionists without realizing it, or even if they repudiated the terminology. Those who do the work of the Kingdom (like faithful servants, as Jesus illustrated in several parables) are engaged in the work of reconstruction. An active faith is one of self-conscious faithfulness that does not end with academic discussion. We study the Word to understand how to serve the Lord. We are reforming because our faith empowers our faithfulness.

Taken from the January 2020 issue of our bi-monthly Arise & Build printed newsletter. Receive your subscription to this newsletter along with our bi-monthly Chalcedon Report all for just $20/year. Click now to subscribe.