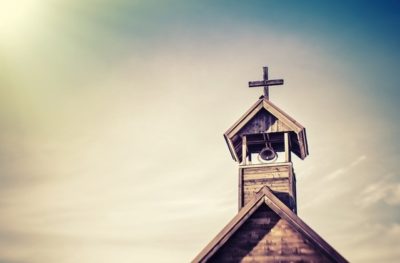 [This article is from the May 2019 edition of Arise & Build, Chalcedon's bi-monthly magazine.]

That is a fairly controversial title, but it follows from the Scriptural comparison of the diligent and the slothful. Scripture gives us important insights into diligence:

By contrast, Proverbs 18:9 teaches that the slothful man is a brother to the destroyer: such a one is, in effect, no different than a destroyer.

Here is the million-dollar question then: what do we do with Christians who incite their fellow Christians to set aside diligence entirely? What breed of Christians will we get when we no longer aspire to the blessings laid out above for those who are diligent? Who will bear rule if Christians aren’t diligent in their labors? Who will stand before kings if Christians decide to retreat instead of advance in each field and discipline?

I had first encountered the following quotation in the early 1980s and used it in some presentations concerning the debilitating effects of retreatist theologies. It resonated with me because I later came to know a noted mathematician who had fallen under its spell (as well as the false doctrine of neutrality):

For instance, if a youth had a natural aptitude for mathematics, and he asked, ought he to give himself to the study, in hope that he might diffuse a serviceable knowledge of it, or possibly even enlarge the boundaries of the science—my friend [John Nelson Darby] would have replied, that such a purpose was very proper, if entertained by a worldly man. Let the dead bury their dead; and let the world study the things of the world … But such studies cannot be eagerly followed by the Christian, except when he yields to unbelief.1

With counsel like this (from the founder of dispensationalism promoting the imminent return of Christ), how many Christian mathematicians are we likely to spawn among faithful men? How many have we turned away to other pursuits?

Re-encountering this quote years later in Ovid Need’s book, Death of the Church Victorious, I came to learn that more than mathematics had been targeted by Darby for Christian retreat. One footnote in Need’s book has Darby saying, “I am anxious about a rumour I heard of your becoming a doctor …”2 So be sure to scratch doctors off the list of vocations where Christian diligence should be applied. No Christians will possibly stand before kings or bear rule given such marching orders.

The Worst Was Yet to Come

Deeper in that same footnote in Need’s important book, the other shoe drops: “Though Darby held it sin to learn a trade, he allowed one to continue a trade if the person already had it before ‘conversion’ to his opinions … From Barbados, Darby rejoiced that many people came to understand that serving Christ and learning ‘a profession or trade,’ did not mix.”3

No trades or professions, no sciences, no medicine … this is as scorched as earth can get. This inverts Kuyper’s famous dictum about how much territory Christ claims as “Mine!”

When people point out the cultural impotence of today’s church, they’re merely observing what was put into motion by theological design many decades earlier: we’re reaping what we’ve sown, and we’ve sown nothing except some magic beans promoted via clever fables that we bought into. We then expected our Master to be happy if He gave us ten talents and we returned one.

Why did men leave the church soon after such dispensational thinking entered the picture?

Maybe the better question is, what men would consider staying in a church that preached a kingdom the size of a flea circus?

In the meantime, the humanists were willing to roll up their sleeves and be diligent in their labors for their false kingdom. They were wiser in their generation than the children of light.

Our hope is in the Lord, however, who still promises that our labors in Him will not be in vain. God can and will reverse Christian decline—even if He has to raise up a more faithful generation to do it with. Whether that will be necessary or not is on us.

2. ibid. Darby goes so far to say that wanting to be a doctor puts Christ’s work “in a second place, and this seems to me evil …”

3. ibid. You can understand why R. J. Rushdoony willingly wrote one of the two forewords for this volume by Rev. Need.