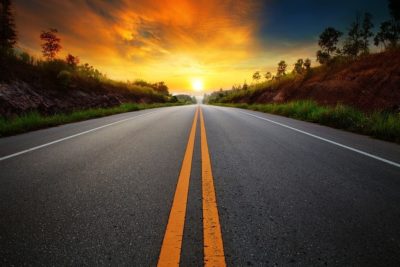 The one universal sense that comes with each New Year’s Day is the passing of time. Though we are conscious of the passing of a year on a birthday or anniversary, such private remembrances give way to public acknowledgement each New Year. There is a common recognition of a change to a new calendar year. One of my earliest memories of New Year’s was being shown by an older sibling that the New Year, 1961, was the same upside down as right-side up.

Part of our awareness of time is the curse. Time and age lead to the grave. We know our time on earth is short. Our preoccupation with life’s activities pauses when the calendar reminds us of time’s passing.

Eschatology is a theology of time. It is often defined as the doctrine of end times but I prefer my father’s perspective that it is about endings, which emphasizes that there are many endings in history, all ordained by God. Closely related is the Scriptural expression “the day of the Lord,” God’s periodic interventions that destroy the presumptions of men. Our eschatology, therefore, is how we view the many eschatons (end points) in history. Our days are limited, but our eschatology sees them in terms of this larger perspective of what God is doing in history. Our eschatology, and its view of the working of God, will determine whether our view of future history is optimistic or pessimistic.

Because we cannot see what tomorrow brings, much less the distant future, we naturally focus on the present. Many of our problems, whether personal, social, political, or ecclesiastical, have no easy resolution in the short term, so we have trouble being confident in a positive resolution that may not occur in our lifetime. Our distress at not being able to resolve complex problems should cause us to see that their resolution is not going to be entirely, or perhaps not even partially, of our doing.

The changes of history involve a multitude of actions. The free market offers an analogous example. In 1958 Leonard Read published an essay called “I, Pencil,” which described what was involved in manufacturing a single pencil. The wood, graphite, ferrule, eraser, and paint all had their own complex supply and manufacturing process, not to mention the creation of the machinery used on the final production. Tens of thousands of individuals in many countries contributed to the production of a single pencil. In fact, Read noted, no one man could produce a single pencil. It is like that with the course of history. We cannot change the future; no one man can, so we can wrongly see it as doomed. But, if we believe God is in control of the very hairs of our head and every sparrow, we will also believe that the problems that confound us can easily see resolution, for with God nothing is impossible.

There is one cause for pessimism about the future: man, specifically his sin and the inevitability of judgment. Yet if we believe that Jesus Christ has overcome the world (or sin and death) and that He truly does possess all power in heaven and in earth, then there is a victorious future to which judgment channels man’s future. Jesus even gave that future in grace a name, the Kingdom of Heaven, the most recurring theme of His ministry (previously preached by John). The older name for what Jesus called the Kingdom of Heaven was the Messianic Age, the dominion of the King of Kings and Lord of Lords. If Jesus Christ conquered sin and death, then what right have we to be pessimistic?

We cannot look at the past to justify a pessimistic view of the Kingdom, either. The apostles were given a seemingly impossible task of taking a message about a dead Jew, whose claims were largely dismissed by His own people, to “all nations.” Yet, by the power of the Holy Spirit that Kingdom advanced and grew, a progress that has accelerated in our time. Several years ago, Christianity replaced Islam as the predominant religion of Africa. The church in China, which in my youth still met in secrecy, now includes some sixty-seven million members, over half of which are independent Protestants. The church is also growing in Latin America and even in Islamic countries. It is easy to note that these churches often have problematic theology, but so did the early church, which spent four centuries debating the incarnation of Jesus in human flesh before [officially] settling the issue in A.D. 451 at the Council of Chalcedon. We often fail to see change when it happens. When the USSR collapsed in the late 1980s, there was hesitancy in the conservative movement to believe it was real. Many suggested it was a ruse to catch us off guard.

The Kingdom will advance because its power is of the Spirit, and not limited by our vision. Our Lord is not going to fail. The future is His. “Of the increase of his government and peace there shall be no end … the zeal of the Lord of hosts will perform this” (Isa. 9:7).

Why, then, should any believer in Jesus Christ be pessimistic about the future of His Kingdom?