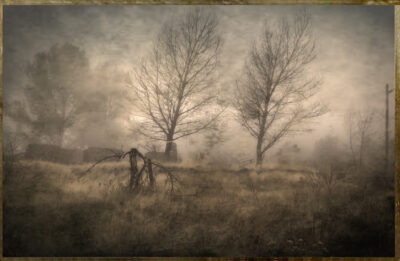 About twenty years ago, I heard a very superior musician and con­ductor express his intense disagreement with composer Igor Stravin­sky’s views on art. Stravinsky disliked the “artiness” of many artists and musicians. He did not rely on inspiration; he kept faithful “office” hours, working on his music, studying, experimenting, or composing. At a din­ner meeting, I once met a woman (in the 1960s) who worked for Stravin­sky. The “maestro,” she said, kept regular hours, like any worker or busi­ness man, and he was a dedicated worker.

We can begin to understand Stravinsky’s perspective by reading his Poetics of Music in the Form of Six Lessons, his Harvard lectures, pub­lished in 1947. Our concern here is with a key observation by Stravinsky: “For art presupposes a culture, an upbringing, an integral stability of the intellect” (p. 124). As against the proud opinion of many that art creates culture, Stravinsky realistically held that art is the expression of a culture.

It was Henry R. Van Til, in The Calvinistic Concept of Culture (1959), who stated the matter most clearly. He held that culture is religion ex­ternalized.

But most people who talk about culture see it as a product of the arts, not of religion. Moreover, their view of art sees it as a substitute for religion. Earlier in this century, and in the last, it was a common goal “to spread culture among the masses.” It was believed that culture would enlighten and ennoble people, or, “the masses.” This motive was frequently a naïve and simplistic one. Modern dancers, beginning with Ruth St. Denis, and including Isadora Duncan, saw their dancing as a revival of ancient pagan civilizations and cultures, especially Greek. Ruth Emma Denis, the dancer’s mother, passed on to her daughter the mission of remaking the earth as a spiritual matriarchy. (The contemporary Gaia cult has roots in all this.) “Ritual motions of Eastern religions” were made part of the modern dance. The classical ideal was stressed. Settle­ments were planned in Greek-like groves. The modern dance aimed at awakening “all our latent and barbaric sensibilities,” (Elizabeth Kendall, Where She Danced, 1979). Traditional disciplines were regarded with hostility. Only with “freedom” would the spirit and the body flower as in pagan days.

Some of this pagan zeal marked the National Socialist movement of Adolf Hitler. The art he required was classical art, with classical figures and “freedom.” Again, this was an aspect of anti-Christianism.

Culture today is defined in terms of some cultural products, i.e., paint­ings, novels, buildings, music, and the like. These are cultural expres­sions, not culture itself. The life and faith of a people is the heart of the culture. A culture is neither the organization nor the artifacts of a society, but that which makes its outward and visible life tenable. It is the faith men live by, the ideas, doctrines, and beliefs that govern their total lives.

Charles Gray Shaw, in James Hasting’s Encyclopedia of Religion and Ethics, called attention to the distinction between nature and culture. Our sex, nationality, and heredity are matters of nature. How we live is a reflection of our culture.

Where and when men have been truly Christian, every area of life and thought has reflected their faith. When, with the Enlightenment, men turned their backs on Christianity, while maintaining a formal adherence to the church, the result was a neoclassical culture. The ideal society was seen in Greek and Roman terms, and life and education began to reflect such a faith.

We have had various kinds of non-Christian cultures, Romanticism, modernism, Marxism, fascism, etc., all reflecting faiths seeking to sup­plant Christianity and reflecting the faith of men at war with Christ.

The life of a people is an expression of their faith. The two major expressions of a ruling faith are law and education. Only when we have God’s law govern a nation, and Christian schools provide its education, can we speak of a Christian culture. It is a faith, a religion, which is be­hind every culture, and to confuse the expressions with their source is to forsake reality.

But today we see this confusion all around us. We have crime-ridden cities, where business is declining and meaninglessness is rampant, which discuss as the remedy an arts council, a series of concerts, music educa­tion, dancing classes for the young, and so on. The cultural expressions are seen as the regenerating forces rather than the faith behind them.

“To spread culture among the masses” is still a popular goal, except that the idea of culture is now democratized. It once meant the modern dance, modern art, and modern music. It now means for too many the brutal and mindless music of the drug culture. The modern barbarian sets these new goals.

The culture of our popular media goes beyond anything Marxism, in either its Soviet or National Socialist forms, would have tolerated. It is now the expression of hatred, anti-Christianity and anti-morality, and of drugs and crime. The faith which our popular culture externalizes is demonic.

We cannot again be a “cultural” people until we have a truly Chris­tian faith. A strong faith will create its impact in church and state. It will revitalize the various arts and daily life. It will reshape everyday life because it is expressive of man’s being. Without a strong, deep, and pro­foundly Christian faith, we cannot reestablish a living culture.