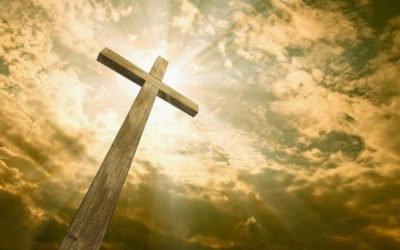 The doctrine of propitiation is basic to Scripture and is inseparable from the Old Testament rituals and practices. Propitiation means the covering of sin by cleansing and forgiveness. The sin in the situation is with reference to God, and the covering is God-ward in its reference, and it is also by an act of God’s sovereign grace. In the New Testament, propitiate also has the meaning of to placate, pacify, appease, or conciliate. As Murray summed up the meaning of propitiation,

This doctrine encounters more than a little distaste among many men, because of its emphasis on God’s justice and wrath. There is a good reason for this. The sinner is as little interested in justice as the thief; where his victims are concerned, he does not want justice for them. Men are interested in justice for the affronts they suffer, but not for their own effrontery and crimes. Justice is something we invoke on our own behalf, not in behalf of those whom we offend. As a result, the justice of God is for man a most painful subject. Man, who constantly violates God’s justice, finds all discussions thereof in bad taste. The subject of justice, God’s justice, is then a threat to us, and we find it far more to our taste to talk about the love of God, as though our talking could alter reality.

The doctrine of propitiation is thus basic to any discussion of salvation. As Murray stated it,

The antipathy to the doctrine of propitiation as the propitiating of divine wrath rests, however, upon failure to appreciate what the atonement is. The atonement is that which meets exigencies of holiness and justice. The wrath of God is the inevitable reaction of the divine holiness against sin. Sin is the contradiction of the perfection of God and he cannot but recoil against that which is the contradiction of himself. Such recoil is his holy indignation. “The wrath of God is revealed from heaven against all ungodliness and unrighteousness of men who hold the truth in unrighteousness” (Rom. 1:18). The judgment of God upon sin is essentially his wrath. If we are to believe that the atonement is God’s vicarious dealing with the judgment upon sin, it is absolutely necessary to hold that it is the vicarious endurance of that in which this judgment is epitomised. To deny propitiation is to undermine the nature of the atonement as the vicarious endurance of the penalty of sin. In a word, it is to deny substitutionary atonement.2

There must be a reconciliation between God and man. God is alienated from man by man’s sin. “This alienation on the part of God arises indeed from our sin; it is our sin that evokes this reaction of his holiness.”3

Redemption requires a ransom, as our Lord indicated (Matt. 20:28; Mark 10:45). “Ransom presupposes some kind of bondage or captivity, and redemption, therefore, implies that from which the ransom secures us.”4 We are redeemed from the curse of the law, its sentence of death against us (Gal. 3:10, 13). We are redeemed from the guilt and the power of sin, and are justified, forgiven, and delivered from the defilement and power of sin (Rom. 3:24; Eph. 1:7; Col. 1:14; Heb. 9:15).

Atonement is thus inseparable from justice. It is the satisfaction of God’s justice, not either its bypassing or its death. We are not redeemed to be freed from God’s law and justice, but to be brought into line with it again. Christ, who died to meet the justice of the law, does not permit his atonement to be an excuse for the contempt of that law and justice. Those who deny God’s law and justice are not of Christ.

There are, according to Deuteronomy 27 and 28, two relationships to the law, those of curse and blessing. “Christ has redeemed us from the curse of the law, being made a curse for us” (Gal. 3:13). This means that the law is now a source of blessing to the believer, so that, on obedience, it yields unto him a rich harvest. “Now no chastening for the present seemeth to be joyous, but grievous: nevertheless afterward it yieldeth the peaceable fruits of righteousness unto them that are exercised thereby” (Heb. 12:11). The discipline and chastening of God’s righteousness is His law, and it yields to His sons a rich harvest.

The atonement, law, and justice are thus inseparable. Where they are separated, serious consequences follow. Thus, the Modernists in religion want to separate justice from both the atonement and God’s law. As a result, their concept of justice becomes a form of injustice. It is a variety of statism and socialism, with a highly centralized and messianic state as man’s savior. Justice becomes socialism and law is what the state does in the process of instituting socialism. Modernist justice is thus a step towards greater tyranny and is a means of enthroning man’s needs as the ultimate test for all things.

In contrast, pseudo-evangelicalism and pseudo-orthodoxy both lay heavy stress on the doctrine of the atonement, but they separate it from God’s law and justice. The result is an abstract idea of atonement for an abstract man living in an abstract world. The bones are there, but the man is gone. If the atonement has reference to God’s law and justice, then antinomianism is a blasphemous denial of the gospel. If antinomianism is true, then the atonement is false, and vice versa. The purpose of the law is not merely negative, to condemn, but also positive, to establish an order. The purpose of laws against theft is not merely to trap and condemn thieves, but also, first and foremost, to protect our property and possessions from the lawless hands of sinners. To reduce the laws of theft to a merely thief-catching function is a monstrously insane idea. To see the function of the law as merely the condemnation of sinners is as monstrous and as insane. The purpose of the law is to set forth the justice and the righteousness of God as the only means for establishing true order and as, therefore, the basic elements of God’s Kingdom.

Both the Modernist and the pseudo-Christian are antinomian and egocentric. The Modernist wants justice for himself, but not for God. The antinomian in the camp of “orthodoxy” wants salvation but without any further mention of justice and law. The result in both camps is sterility and decay.

Where the unity of atonement, law, and justice is denied, there wrath, lawlessness, and tyranny prosper and abound. Dostoyevsky foresaw the kind of world that unbelief was creating:

Tyranny will become first a habit and then a disease... Blood intoxicates, and minds will be opened to the worst abnormalities. Such degeneracy can take place that abnormalities will seem like pure joys... The opportunity for going on such a rampage often infects a whole people. Society despises the hired executioner, but not one who is provided with unlimited power.... 5

A world which denies God’s justice will very quickly deny men all their rights and privileges and think nothing of it. Having denied God’s justice, it will deny before long that such an idea as justice has any meaning. Tacitus wrote of Nero, “Nero after having butchered so many illustrious men, at last aspired to extirpate virtue itself by murdering Thrasea Paetus and Barea Soranus.”6 To war against God means, ultimately, to war against everything. Any separation of the world of law and justice from God and the atonement is either a surrender of the world to the enemy or a joining of forces with him.

Age after age, from the beginning of history, men have cried out for justice. The whole of recorded history is one great longing for justice. Nothing, however, has been more conspicuously absent than justice, though kings and commoners have professed their love of it. Neither the rulers nor the revolutionists have been able to institute justice. Something clearly has been wrong. When the demand for justice is so extensive, and the professed love of justice so well-nigh universal, we can only conclude that either the profession is hypocritical, or the idea of justice false, or both. Clearly, humanistic attempts at gaining justice have been signal failures. Justice has been defined in terms of man, not in terms of God, and the result has been injustice. Only through the Biblical doctrine of justice can men realize peace and order.