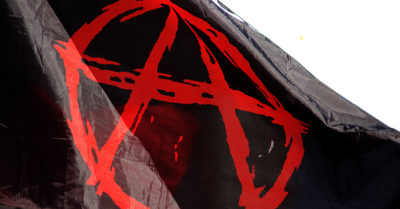 The evidences of anarchy are increasing on all sides. Criminality rioting, looting, burning, and general lawlessness are becoming “normal” in our society, and law and order unusual and “abnormal.” Who, in 1964, would have believed that in 1967 over eighty cities would see racial violence, and the violence has only begun. The anarchism of existentialism is apparent in radical student movements, in popular music, and in the “hippies.” The churches are proclaiming this gospel of anarchism: one recent sermon in a prominent church was on the “Advantages of Adultery.” The world of business and civil government is also saturated with dishonesty and immorality, as Fred J. Cook has shown in The Corrupted Land: The Social Morality of Modern America (1966).

But what we have seen is only the beginning. The worst is still ahead of us, and people may soon recall 1967 as “the good old days” of peace and quiet.

We have no right to be surprised at all this. Basic to all social order is authority, religious authority. The authority undergirding Western civilization has been the authority of the triune God. Christian authority led, first, to godly peace and to law and order. In other cultures, order is imposed by force and by a pagan religious faith which induces subjection. Christian law and order, instead of stifling man and society, liberated it. Second, this liberation of the Christian was twofold. Man was freed from the burden of sin and guilt, thereby gaining inner liberty, and man was freed from subjection to a divine state or ruler, thereby gaining outer liberty. Third, the free Christian man was able then to capitalize, to work productively, and to save for the future. The modern world of technology has only arisen as a result of this Christian heritage.

Having denied God, man makes himself a god and insists on equality, since all men are gods. The basic principle in law today is equality, so that it is now predicted that lawsuits will demand equality of income as the next step in the “civil rights” revolution. Richard M. Elman, in The Poorhouse State (1966), favors a high “guaranteed annual income” for all on welfare and an end to “doctrines of individual achievement” as means of victimizing the poor (p. 299).

In the name of equality, we are being led into socialism and communism. Even the “right to privacy” is being steadily attacked. Thus, a psychologist has attacked the concept as a front for evil and deviation and has written, “An honest mind should be an open window,” i.e., should withhold nothing. Moreover, “The closed door, in most households, is not so much a guardian of privacy, as a symptom of prudery; a barrier between the generations, an obstacle to fluent sex education, a reinforcement of guilt and repression” (Chester C. Bennett, “What Price Privacy?” in the American Psychologist [Journal of the American Psychological Association Inc.] 22, no. 5 [May 1967]: pp. 371–376).

Equality is the basic principle of anarchy. It levels all things and denies authority, that is, any authority other than the anarchic individual. Where God’s supreme and absolute authority is recognized, then equality is automatically denied, because all things then are good or evil, better or worse, higher or lower, as they fulfil God’s moral law or represent His legitimate authority. In the history of socialism, over and over again its basic premise is cited: “If there is no God, then all things are equal.” All men are then equal, all ideas are equal; good and evil are equal, right and wrong are equal. The only difference in things, as John Dewey pointed out, is then pragmatic; all things are equal, but some are more useful at the moment.

The destruction of authority in our Western civilization and all over the world, is now far gone. The result will increasingly be anarchy.

Historically, collectivism has succeeded best where it has had a background of authoritarianism. Marxism has succeeded most, as in Russia and China, where it can utilize a strong tradition of authority, of church and state in Russia, of family and state in China. In every area, however, Marxism itself creates anarchy and moves towards anarchy and collapse; without outside help, every Marxist economy and state would collapse.

Western civilization, by denying the sovereign authority of God, is moving steadily into anarchy. It is destroying its foundations. Christian law and order are disappearing, and evil is being rewarded. The rioters are given federal subsidies, and the godly are taxed to provide the millions of dollars given to these anarchistic revolutionists. Liberty is disappearing rapidly, and not a week passes but someone in our circle reports on a further intrusion of statist power. Moreover, capitalization is being destroyed, as confiscatory taxation makes it increasingly impossible. Also, the products of our statist schools increasingly lack the capacity to capitalize. They share, in varying degrees, the ideology of the “hippies.” They have “dropped out”: they will only coast, not build.

Thus, we are seeing the basic products of Christian authority, 1) law and order, 2) Christian liberty, spiritual and material, and 3) capitalization, rapidly disappear from our civilization. They cannot be restored by a gimmick. No political candidate or officeholder can recreate this sequence or reestablish a spiritual condition. The mob, the majority, governs the politicians today, and the forces of anarchism are growing.

We have anarchy because we do not have godly authority. To reestablish law and order, and liberty, and to capitalize our culture, we must again have godly authority. The sovereignty of God must become our basic concern: “Man’s chief end is to glorify God and to enjoy Him forever.” In terms of this, we must also “teach” or “make disciples” of all nations (Matt. 28:19), and this requires self-discipline. The weakness of much of evangelical Christianity is a moralistic reduction of the faith to a few “thou shalt nots,” but the alternative is not license, but, as Christian athletes (1 Cor. 9:27), to commit our entire being to the cause of Christ and His sovereign authority.

Anarchy is the end product of the denial of God’s authority. Armed officers can and must quell revolutionary anarchy, but they cannot destroy the anarchy in the hearts of men. That inner anarchy, like a cancer, is destroying the life of Western civilization. Instead of declining, each year the forces of anarchism in church, state, school, business, society, and home are growing. They will not disappear until anarchy is replaced by God’s authority. Until men seek that remedy, the anarchy will increase, and will steadily strike closer to home. And when it strikes, it will not come knocking politely.

How can we have God’s blessing in the face of all these things? We must render to God what belongs to God, His due. Men must become godly men, heads of their households, spiritually and materially. We must render to God the faith and obedience which is His due spiritually and materially, the tithe which He requires (Mal. 3:8–10). The tithe belongs to God, not to the church, which is often at odds with God, and must be administered for godly causes. We must recognize that the future is in God’s hands, not in the hands of godless conspiracies (Ps. 2), and we can have no part in God’s future apart from God’s terms.