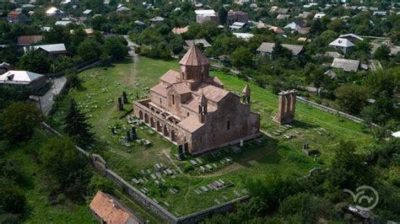 By its very existence, the early church was an offense to good Romans. They were accustomed to seeing themselves as superior to all other peoples, and they had good reason to think so. Roman armies had conquered vast domains in Europe, Asia Minor, and North Africa. Their civil power, law, architecture, arts, and more, marked them as the great world power, and they were conscious of their power and assured of their destiny. The phrase “Eternal Rome” tells the story.

Now, in their midst, there was a group, made up mainly of the despised Judeans, who claimed an emperor (“King of kings, Lord of lords,” the “only Potentate” or power in creation, 1 Tim. 6:15) and declared themselves to be God’s ambassador to the world! This Rome saw as a startling arrogance, and Rome had dealt with arrogant men before, but not like this.

These Christians saw their crucified leader as God, Savior, and King. Their Scriptures, liturgy, and language clearly revealed this amazing belief. But this was not all. Perhaps two centuries passed before there were any church buildings, but, when these were built, of stone, they were called basilicas. Now, the word basil means king, and a basilica was the royal court. It is true that Roman basilicas were courtroom buildings, a marketplace, or a meeting hall, but they were state buildings where the emperor’s word was law. In the Christian basilica, or throne room of Christ the King, all men stood when Scripture, the king’s law-word, was read. By Constantine’s time, or soon thereafter, major cities, where a bishop held sway, had a bishop’s throne building, the cathedra, but every church was the throne room of Christ the King.

Now, not every basilica of Rome could say that the emperor actually held court there, but they were, all the same, royal courts. Specifically, a basilica in a remote area was a court of imperial justice, or a meeting place where the emperor’s business was conducted by his agents. Similarly, the Christian basilicas were the meeting places of the royal retinue, the people of the king. They were Christ’s courts of law, where His law-word was proclaimed. In terms of Paul’s requirement in 1 Corinthians 6, the early church established courts of arbitration in terms of God’s law. In fact, after Constantine’s day, many of the “newer” church buildings were simply old Roman Courts. Thus, the church in its life and in its building structure was a basilica, the king’s court, and it served in that capacity. We cannot understand the boldness of men like Ambrose in rebuking an emperor from the pulpit if we do not recognize that such men self-consciously proclaimed the law-word of the King of kings from their pulpits. The preachers of the early church often had a holy boldness because they knew themselves to be the ministers of the Great King of all creation, but they also had a humility stemming from the knowledge that, “It is a fearful thing to fall into the hands of the living God” (Heb. 10:31), and to be presumptuous was to court judgment.

The Christian basilica at once had a variety of functions. It was a place for the proclamation of the law-word of the King of kings. It was also a teaching center for the Kingdom of God. It was a house of prayer for the king’s business, and for all the work of His Kingdom.

It is interesting that church construction all over Europe after the fall of Rome still retained the basilica structure and function. The pagans recognized that the church represented more than another set of beliefs: it was a kingdom, a Savior-King, a law, and a government. The basilica building structure went hand in hand with an imperial law and rule. The church was there to save men and to give them the glorious rule of the only true king.

This is why pagan kings wrestled with the matter of permitting Christianity to enter their realms. It meant a rule overruling theirs, a court above them, and a king who sits in perpetual judgment over them. In the course of its Christian history, the word basilica gained another meaning, a related one. The word basilica came to mean a law code issued by a king. In a.d. 878, the Byzantine emperor Basil the Macedonian had a law code collected and issued. A basilica now meant the king’s court and also the king’s law.

The relationship now between the word basilica and church is minimal. The true basilicas of our time are, as with Rome, state buildings. They represent state power and a bureaucracy, not the King of kings. They are unable to give salvation, and their justice is at best a very flawed one, if not outright injustice.

In architecture, the church at times still resembles a basilica, but in spirit, it is very alien to it. To return to the old pattern, we must first by faith recognize Jesus Christ as Savior, King, and Lawgiver. There must be a return to the absolute priority of God and His Kingdom (Matt. 6:33), and there must be a readiness to apply His law-word to every sphere of life and thought. We cannot have a true basilica unless we first know the King, and He acknowledges us.

Book
Foundations of Social Order: Studies in the Creeds and Councils of the Early Church
External Link