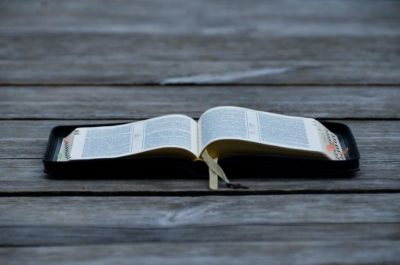 I recently sat in on a meeting where the majority coolly and deliberately violated a verbal contract and stole assets amounting to half a million dollars. They all professed to be Christians! Two of us protested earnestly, but in vain.

Each time the moral issue was raised, someone claimed they were seeking “divine guidance” as they proceeded on their sinful course.

That phrase alone is a red flag to me, and can too often be a warning of hypocrisy and deceit. The Lord gives us divine guidance in His Word. His moral law is clearly and plainly stated. To bypass God’s plain commandments in the name of some higher guidance means to commune with one’s own self to justify a course of action obviously condemned by Scripture. Those who really want God’s guidance get it from His Word, in black and white, clearly written for all to read.

Those who want to bypass the Word of God too often claim a “divine” guidance known only to them. A fine Christian layman told me yesterday that, when he hears such talk about “divine” guidance apart from Scripture, he expects the next voice to be the devil’s. I can believe that.

I remember the young mother who tried to justify leaving her husband for a married man (who abandoned his family) by saying she had sought “divine” guidance before taking the step. I referred her to the Ten Commandments for divine guidance on the subject.

The Bible speaks to our total life. The Lord makes clear throughout Scripture what He requires of us. We are plainly and richly guided. The question is this: will we obey? Will we be guided?

Sinning is bad enough, but to bypass the Word of God and to call our often sinful wishes divine guidance can only compound sin. The next time someone claims “divine guidance,” ask him where in the Bible he got it. If he has no scriptural authority, his guidance is not of God.