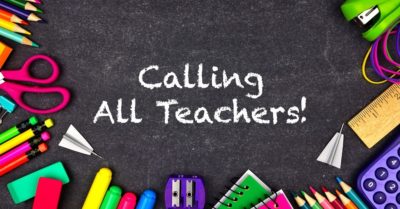 Over the past fifty years, much has been written on the subject of Christian education. R.J. Rushdoony and the Chalcedon Foundation have been in the forefront of efforts to exhort Christians to provide a truly Biblical education for their children. While many have answered the call, many have not. However, I believe there is an even more familiar call that requires a Christian response—the call to teach in the Great Commission.

Go ye therefore, and teach all nations, baptizing them in the name of the Father, and of the Son, and of the Holy Ghost: Teaching them to observe all things whatsoever I have commanded you: and, lo, I am with you always, even unto the end of the world. Amen. (Matt. 28:19-20)

In essence, Jesus’ last command prior to His ascension was a mandate to teach, coupled with a promise of success. God gives children to parents with the express responsibility to raise them in the nurture and admonition of the Lord. While many homeschool their children in obedience to this command, many more have sacrificed their children’s souls to a godless state.

Jesus Himself promised us that the gates of hell would not prevail against His church (Matt. 16:18) as long as it was established on Him, the Rock of our salvation. The meaning of this statement is that the people of God should advance His Kingdom to the point that hell’s gates will not be able to halt their progress. The most effective strategy to accomplish this is to train up generations of loyal citizens of the Kingdom of God who understand their mission. What R.J. Rushdoony called the “Quiet Revolution” has seen much fruit with faithful Christian homeschools and independent Christian day schools.

Christian homeschooling has played an important role in the past decades while at the same time, many Christian schools have closed or suffer low enrollment. Moreover, some schools bearing the name of Christ have succumbed to relativism, evolution, and things like Common Core. What has happened to the promise of storming the gates of hell?

Too many Christians have failed to think covenantally embracing a mission to minister outside the bounds of their own families. Think about it. There are many households where both parents work outside the home. More often than not, they are turning their children over to non-Christian entities for education and after school care. Why haven’t more of God’s people established Christian schools in their communities, actively reaching out to disciple these children who are being groomed into the religion of humanism? Why haven’t churches established Christian schools and actively encouraged their congregants to enroll their children?

All too many pastors and teachers assume that the goal of their work is to save souls for Jesus Christ. This is not the goal: it is the starting point of their calling. The goal is to train up those under our authority in God’s Word so that they are well-fitted and thoroughly equipped for all good work, to go forth and to exercise dominion in the name of the Lord and for His Kingdom (Gen. 1:26–28; Josh. 1:1–9; Matt. 28:18–20). We are not saved just to be saved, but to serve the Lord. We are not the focus of salvation: the Lord’s calling and Kingdom are. It is imperative, therefore, that the motivation of the Christian school be to train up dominion men and women. Educa­tion itself is a key to dominion, and hence the hostility of the humanists to the rise of the Christian school. The Lord says to us all, wherever we are, “seek ye first the kingdom of God, and his righteousness (or justice)” (Matt. 6:33), so that we are called to train up the King’s men, His instru­ments for dominion, in order to bring every area of life and thought into captivity to Jesus Christ.[1]

Back in 2006, when I knew my days as a homeschooling mother/teacher were ending, I began the Chalcedon Teacher Training Institute. The goal was (and remains) to enable homeschooling mothers to obtain a foundational understanding of God’s law-word, and to be able to pass along to their children a truly Biblical education. Now, this work is expanding its scope to include providing systematic training to those who wish to qualify themselves to teach in a day-school setting, applying the law-word of God across all the academic disciplines. The goal is to create an army of teachers (young and old alike) who can start their own Christian schools or join with already existing ones to swell the ranks of future warriors for the Kingdom of Christ. Imagine what it would be like, if parents who see the societal decline all around them, and dread the Satanic influence which abounds in state schools, yet still are not able to handle the task of Christian education themselves, had a multitude of godly educational choices available. Imagine if all believers took up the command to teach, on a personal, one-on-basis, and became part of the solution.

Using an online platform, we will engage participants in a thorough course of study that will certify them competent to apply God’s Word across all academic subjects. Then, by collaborating with Christian schools in their local area, they can begin as volunteer/apprentices to put into practice what they have learned in theory. Their qualifications will be documented, and letters of reference will be shared. Many could go on to be full-time teachers or start their own schools. What’s more, those who know they will become homeschooling parents will receive substantial training and experience.

Public schools are doing their utmost to undo the Biblical foundations of our nation and society. They are also providing ample reasons for Christians to remove their children because of the social engineering taking place. If we respond to the call of the Great Commission to teach all nations, beginning on a local level, we will be amazed at how many answer our call.