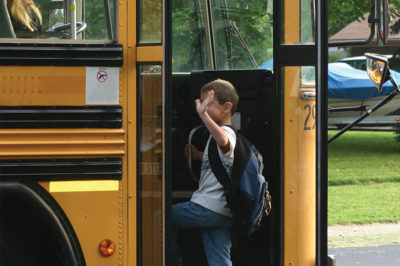 Scripture requires us to tithe our income. God requires His tithe, a modest amount as compared to the modern state’s demands. But, in all things else, God requires the totality of our allegiance, our service, and our lives. We cannot tithe our children, nor ourselves. We cannot give our tenth child only to the Lord and to Christian schools, while sending all others to the state school. Neither can we give our children to the Lord one day in seven or in ten, and to the state the rest of the time.

The first and basic premise of paganism, socialism, and Molech worship is its claim that the state owns the child. The basic premise of the public schools is this claim of ownership, a fact some parents are encountering in the courts. It is the essence of paganism to claim first the lives of the children, then the properties of the people.

For too long most professing Christians have been practicing pagans who have honored God falsely: they “with their lips do honour me, but have removed their heart far from me, and their fear toward me is taught by the precept of men” (Isa. 29:13). On all such, God’s judgment is assured, and God’s judgment on our age is in increasing evidence. Judgment is neither averted nor moderated by much crying or bemoaning but only by a renewed heart, by faith and obedience. How can we expect God to honor us, or bless us, when we give our children to the state schools and surrender their minds daily to the teachings of humanism? It is sin and madness to believe so, and those who try to justify their sin only increase it.

The true believer will, like Hannah (1 Sam. 1:27f.), see children as a gift from the Lord, to be given to the Lord as long as they live.