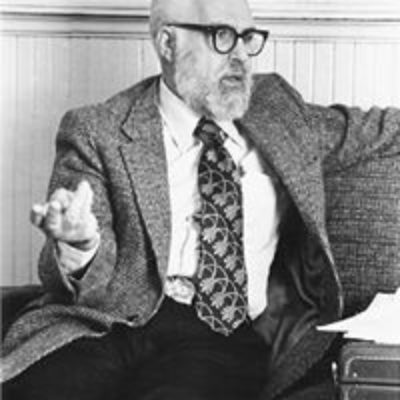 Since we are in the midst of inflation, it is important for us to realize what inflation does. One of the central results of inflation is decapi­talization. Decapitalization means the progressive destruction of capital, so that a society has progressively less productive ability. Capitalization is the accumulation of wealth through work and thrift, and decapitaliza­tion is the dissipation of accumulated wealth. A free economy, capital­ism, is an impossibility without capitalization. Some of the potentially wealthiest agricultural countries are importers of agricultural produce, such as Venezuela and Chile. The fishing grounds off the Pacific coast of South America are some of the richest known to the world, rich enough to feed the countries of that area. Chilean fishermen cannot market fish properly, and dump marvelous catches of fish into the sea, because they have neither storage nor transport facilities to take their fish to the mar­kets. Thus, there is neither a lack of labor nor a lack of markets for the fish, but the necessary capitalization to provide the facilities for bringing labor, produce, and market together is lacking. Much of the world is in the same predicament: it has the labor, the natural resources, and the hungry markets for its produce, but it lacks the necessary capital to make the flow of goods possible. Socialism tries to solve this problem but only aggravates it, because it furthers the poverty of all concerned. Socialism and inflation both accomplish the same purpose: they decapitalize an economy.

Capitalization is the product of work and thrift, the accumulation of wealth and the wise use of accumulated wealth. This accumulated wealth is invested, in effect, in progress, because it is made available for the de­velopment of natural resources and the marketing of goods and produce.

This means that, before decapitalization, either in the form of social­ism or inflation, can occur, there must be a breakdown of faith and char­acter. Before the United States began its course of socialism and inflation, it had abandoned its historic Christian position. The people had come to see more advantage in wasting capital than in accumulating it, in en­joying superficial pleasures than living in terms of the lasting pleasures of the family, faith, and character. Inflation succeeds when people have larceny in their hearts, and the same is true of socialism. Socialism is or­ganized larceny; like inflation, it takes from the haves to give to the have-nots. By destroying capital, it destroys progress and pushes society into disaster. As the products of capitalization begin to wear out, new capital is lacking to replace them, and the state has no capital of its own: it only impoverishes the people further and therefore itself by trying to create capital by taxation. Every socialist state decapitalizes itself progressively.

When inflation and socialism get under way, having begun in the de­cline of faith and character, they see as their common enemy precisely those people who still have faith and character. In 1937, Roger Babson, in If Inflation Comes, wrote, “Only righteousness exalteth a nation today, as it did 3000 years ago. Hence, speaking strictly as a statistician, I say that the safest hedge against inflation is the development of character” (p. 178). We can add that the greatest enemy of inflation is faith and char­acter. Inflation and socialism attack as the enemy Biblical Christianity, be­cause it is their common purpose to destroy the roots of capitalization. By taxation and inflation, thrift is made both difficult and economically un­sound, since money ceases to be gold and silver and becomes counterfeit, unredeemable paper. People are barred from possessing gold and silver in some countries; inheritance taxes work to destroy capital, as do income taxes. Education, television, the press, and all other media foster relativ­ism and humanism; they promote the decapitalization of character. We have seen the progressive decline of public and private morality. Mission­aries on furlough who return home every seventh year, have commented on the sharp erosion they witness with each return. Things which were once intolerable and forbidden are now openly promoted and sponsored.

We who stand for Biblical Christianity thus face a steadily more hos­tile world. We are everything which socialism and inflation hate most.

How are we to defend ourselves? And how can we have a return to capitalism? Capitalism can only revive if capitalization revives, and capi­talization depends, in its best and clearest form, on that character pro­duced by Biblical Christianity, by the regeneration of man through Jesus Christ. This means that we must begin afresh to establish truly Christian churches, to establish Christian schools and colleges, to promote Chris­tian learning as the foundation of Christian character. Capitalization does not depend on winning elections, important as elections are. No election has yet really reversed decapitalization. The demand is for in­creasing decapitalization in the form of more welfare, more Social Secu­rity, more Medicare, and the like. For the past generation, no officeholder has done more than to slow down this process very slightly. An election does not produce character, which is the foundation of capitalization.

Socialism and inflation work to create a depletion of spiritual re­sources as a necessary step towards their success. No countermovement can succeed if the depleted spiritual resources are not replenished. When modern capitalism began, its critics love to point out, every capitalist was a Bible-toting, Bible-quoting man. He knew the Good Book from end to end far better than most clergymen do today. The Fabian Socialist, R. H. Tawney, in Religion and the Rise of Capitalism saw modern capitalism as substantially a product of Calvin and Puritanism. Calvinism, he said, produced “a race of iron” because of its “insistence on personal respon­sibility, discipline and asceticism (i.e., self-denial), and the call to fashion for the Christian character an objective embodiment in social institu­tions.” In England, as capitalism began to develop as the new power in the state, Tawney said, “the business classes were . . . conscious of them­selves as something like a separate order, with an outlook on religion and politics peculiarly their own, distinguished not merely by birth and breeding, but by their social habits, their business discipline, the whole bracing atmosphere of their moral life, from a Court which they believed to be godless and an aristocracy which they knew to be spendthrift.” In­stead of holding that “business is business,” these men held instead that business is a calling under God to be discharged in terms of His Word and law. It was held that it was the first duty of man to know and believe in God. A Scottish divine of 1709 wrote of Glasgow, “I am sure the Lord is remarkably frowning upon our trade . . . since it was put in the room of religion.” Priority in every man’s life belongs to God alone. The second duty of man is to fulfill God’s calling in his chosen vocation. A Puritan divine wrote, “God doth call every man and woman . . . to serve Him in some peculiar employment in this world, both for their own and the com­mon good . . . The Great Governor of the world both appointed to every man his proper post and province, and let him be never so active out of his sphere, he will be at a great loss, if he do not keep his own vineyard and mind his own business . . .”

It is a liberal and romantic myth that America and the frontier was colonized by people who had nothing. Men came here with capital, or worked to accumulate it, but their basic capital was spiritual: it was their Christian faith, and this led to economic capitalization. Far more actual capital migrated to Latin America than to North America, but it was an accumulated aristocratic wealth which either barely sustained itself on landed estates or else rapidly decapitalized because it had little spiritual capital.

This letter is written by one who believes intensely in orthodox Chris­tianity and in our historic Christian American liberties and heritage. It is my purpose to promote the basic capitalization of society, out of which all else flows, spiritual capital. Without the spiritual capital of a God-centered and Biblical faith, we are spiritually and materially bankrupt. We will only succumb to the inflated and false values which govern men today and which are leading them to destruction. Where do you stand?