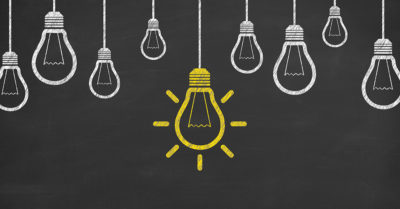 Christian Reconstruction is a very big idea. As such, it can inspire us with a vision of something far larger than ourselves, yet such a big picture approach can distract us into speculation about what the future we believe in might look like. There is room for such forward thinking if it helps us understand our next necessary step, but it can mean we put the cart before the horse and fail to do the hard work of reconstruction that confronts us now.

Years ago, I heard an “organizing coach” say the place to start decluttering is always your immediate work area. Clear what is in front of you and work outward from there. Christian Reconstruction must likewise start with us and our immediate environs. We cannot try to change the distant future, but we can change ourselves and what is near us. Our primary responsibility is what is in front of us.

The Big Picture Is for Perspective

The Bible itself gives us a “big picture” approach, but always so that we understand our immediate and personal responsibilities. It puts our lives into the perspective of all human history. Scripture tells us of the predestinating providence of God before the world began and the eternal destiny of men when earthly history ceases. Within that history it clearly identifies man’s moral problem and its resolution in the atonement of Jesus Christ. It then gives us the big picture of the Kingdom of God, the renewal of all things under the Lordship of Jesus. The “worldview” gives us an understanding of how we find ourselves in it, so that it becomes our “world and life view.”

The big picture of Scripture, then, is for understanding, not speculation. It ought not to divert us from our work and responsibilities, but to give them a context of meaning and purpose in God’s larger plan. The big picture is a gracious revelation that gives us focus because of the clarity it brings to our lives. It is not for theoretical contemplation but for the strengthening of believers in their small sliver of the Kingdom.

The most common theme of Jesus during His earthly ministry was the Kingdom of God (or Heaven). On one occasion (Luke 13:18-21) He gave two very quick analogies to describe its growth. One was a small mustard seed, which would eventually grow into a tree in which birds would roost. The second example was yeast, which was mixed into loaves of bread that eventually would cause the bread to rise. Neither’s growth could be seen, but it was real. Both the farmer and the woman could go about their other duties with the assurance that the mustard tree would grow, and the bread would rise.

Christian Reconstruction is an analogy of the Kingdom as well, not of its slow rate of growth but of the believer’s responsibility in the Kingdom that implies that the work is a step-by-step progression towards a final goal. Our foundation is Jesus Christ (1 Cor. 3:11), the rock (Luke 6:47-48).

Analogies are always limited, so it shouldn’t be surprising that there is one area in which our work is not comparable to most construction. Because the author and finisher of our faith is Jesus (Heb. 12:2), we neither design what we build nor even know what the finished edifice will look like. It is impossible for us to see the future, and when you compound that with the fact that we cannot predict the work of God’s Spirit, we can never know what the fullness of the Kingdom might look like. The best we can do is understand what it will not entail, and work to resist evil and stand in terms of the righteousness of God and the certainty that His will be done on earth as it is in heaven (Matt.6:10).

The work of the Kingdom takes place, like the growth of a mustard plant or yeast, very slowly. Christian Reconstruction should be used to plan present duty, not what the maturity of the Kingdom might look like. The Lord of the Kingdom will direct it and the Holy Spirit will enable it. When I was in elementary school, I remember teachers saying, from their desk, “I should see the top of your head; if you are looking at me you aren’t doing your work.” Christian Reconstruction should be a head-down, get-to-work approach. Our work begins with that which God has put before us, and that work may only be an interim step. The point is to make progress as best we know how.

When Christians began thinking of an alternative to government schools, their first and natural inclination was to model the public-school system with Christian day schools, yet relatively few have survived because they are based on the economic model of a tax-subsidized system. Homeschooling solved that economic hurdle but has limitations that have room for other forms of education.

One of those forms is quite ancient: apprenticeship. They need not be as rigid as they once were and would not require a child to reside with a “master,” but certainly Christian businesses could be more proactive in recruiting trainees from within the church and homeschool community. Certainly, there is a growing consensus that college has been oversold as a ticket to a vocation. Before he was in high school, my grandnephew was taught locksmithing by a grandparent giving him a good paying, marketable job as he pursues his degree in engineering. Most skills can be learned on the job and many do not require academic credentials. I have read many obituaries of men whose careers began when appreciative businessmen actively solicited returning G.I.s after WWII. Many of these young men had no work experience in the fields for which they were hired, but many were trained into careers and became executives of, some even owners of, companies in those industries.

When a degree is required, online college degrees, though in their infancy, do show promise. The most educated men I have met, and even those with academic degrees, have been largely self-taught, regardless of their academic paper trail. Pastoral training does not require seminary training. My father was a critic of academia in general and particularly seminaries, as they were controlled by men too often removed from the practical needs of pastoral duties. Pastoral training was itself once accomplished at the local church level in a tutorial relationship, which precluded a preoccupation in the institutional environment with the theorizing of other academics. Such thinking, particularly at the more advanced degree level, centers on “new” and “innovative” thought, not on orthodoxy. “Scholarship” became a rationale for the study of higher criticism. Even if such criticism is ultimately rejected, it can easily become the primary area of study, and hence a detriment to studied faithfulness.

Another area in which small steps are being taken is in the area of business and economics. Business involves the creation of wealth, the increase of resources through work. The strength of capitalism is its foundation in private property (the eight commandment “thou shalt not steal”) and personal responsibility (the fourth commandment’s requirement that we labor six days). God expects increase from our labor. The parable of the talents clearly shows that which was earlier made clear in the tithe being required on our increase. Capitalism’s emphasis on savings and the utilization of accumulated wealth has, in recent generations, been largely replaced by the opposite, the manipulation of debt, first by the U.S. government and now by individuals and corporations. Radio personality and author Dave Ramsey has a ministry that has focused on a very narrow but important part of Biblical law, the avoidance of debt (though he is not a theonomist or reconstructionist). His focus is the empowerment and opportunity for generosity (what I would suggest is Kingdom financing) that debt-free living affords. Thousands have been successfully encouraged to stop manipulating debt and build wealth. Addressing our national debt and fiat money is not within our reach as individuals but getting out of debt is. This small step can empower you now.

The emphasis on college degrees after WWII was been largely geared toward an employment goal. Your degree bought you a ticket to be considered worthy of a salary, but this has been used as a scheme to put job seekers so far into debt that the educational moneylenders own the resulting salary. A new wave is developing that will complement the emphasis television personality Mike (“Dirty Jobs”) Rowe is trying to make on the need for skilled tradesmen. That is the emphasis on entrepreneurship, which involves skills that need to be taught and encouraged so that our talents are used productively.

Our small steps of reconstruction must include the church as well. We give lip service enough to the community of faith, but we tend to be largely independent for six days of the week. I mentioned the employment and apprenticeship programs congregations could encourage. Jewish communities are famous for employing sons or nephews; this is rare in most churches. Some ethnic groups do the same thing, so donut shops, or every mini mart in a region, is owned by one ethnic group. We should not decry this; we should congratulate them for this initiative to develop the financial strength of their group. We should also emulate them, because they are communities beyond a weekly gathering or two. Do you have a skill? Develop it in the community of faith. It will help them in their use of God’s gifts. Train the workers in the Kingdom. Teach wealth-building to tomorrow’s tithers.

When only the foundation of the temple was laid, the people became discouraged in that they knew it would not be a showplace like Solomon’s destroyed temple was. The response of God’s prophet was “[W]ho hath despised the day of small beginnings?” (Zech.4:10). It was their privilege to work on the foundation, and it is ours to begin the work of Christian Reconstruction.

So, we put our head down and get to work. Our part of the future is the mess in front of us.

Taken from the March 2020 issue of our bi-monthly Arise & Build printed newsletter. Receive your subscription to this newsletter along with our bi-monthly Chalcedon Report all for just $20/year. Click now to subscribe.