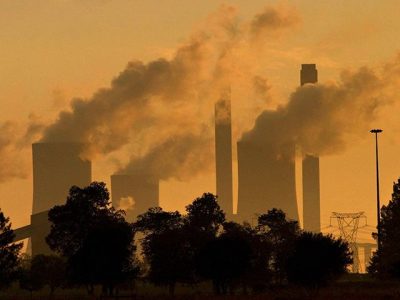 One of the marks of the crusading temperament is the desire to re­form everyone except one’s self. The crusader has a simple solution: to remake the world after his own image. Crusading thus fosters self-righteousness, and self-righteousness promotes and feeds on hypocrisy.

Modern warfare is a form of crusading, and hence its particularly in­tense form of horror. It is total war, because the more clearly it becomes a crusade, the more it works for obliteration. At its worst, we see this total warfare in the various forms of international and national-socialism, but it is present in all modern states.

The first great rehearsal of total war was the American conflict, 1860–1864. Before the United States of America and the Confederate states joined battle, both had developed a crusading fervor and a radical blind­ness to evil on their part. The horrors of the battle for Kansas by slave and anti-slave forces begat moral monsters like John Brown and William Clarke Quantrill. The war itself led to insanities of men like Major Gen­eral David Hunter, a Virginian who fought for the North. Like Quantrill, Hunter majored in terrorism, although the regular army exercised some restraint on him, whereas Quantrill, as a guerrilla, had none. In Virginia, Hunter burned his own cousin’s home, and he refused to allow Mrs. Hunter or her daughter to save their clothes and family pictures; Andrew Hunter, named after Major General Hunter’s father, and a civilian, was imprisoned.

Quantrill, a twisted mind, criminal, suspicious of all kindness shown to him, took no prisoners, waged total war, and often used the war as an excuse to settle personal hatreds.

Northern troops, under the vicious Colonel Strachan, executed ten men as a gesture of revenge against Quantrill. The response of “Bloody Bill” Anderson and Quantrill was the slaughter of Centralia and the sacking of Lawrence.

Early in the war, Confederate authorities praised Quantrill, while North­erners condemned Strachan. By the end of the war, the North chose under Sherman to wage total war, and men like Lee and Jackson seem remote and alien in their Christian standards amidst the prevailing horrors. Each side saw evil in the other as justification for an evil crusade, and self-righteous­ness became a governing temper.

Since then, two world wars, several smaller wars, and many revolu­tions have developed and refined the crusading temper, and the world has gone from horror to horror as total war has become a principle of action in both war and peace, in politics and in life.

The crusader does not build: he wars. The crusader does not seek to convert but to destroy. His answer to problems is militancy, suppression, chains, hatred, and obliteration. In the mouth of the crusader, the word “love” becomes a self-righteous weapon. The crusader says in effect, I am love, truth, and goodness, and all you say and represent is hatred and hate-mongering, a lie, and evil. The crusader hopes for a better world through a better organized suppression of all opposition, through gain­ing political power, control of wealth, and of peoples, and through a domination of society in the name of his “good.”

Crusaders can be found on most sides of every issue, and it is their activities which reduce their cause to impotence and the world to a sham­bles. Crusaders want to accomplish great things with other people’s lives and money, and control of the machinery of state is a constant goal of all crusaders. They do not see politics as a question of good government but as a means of power, the power to compel people.

For crusaders of all kinds, good and evil are in essence humanistically defined, or else, if they appeal to a Biblical basis, it is an appeal to a lim­ited segment of Scripture. The Bible, in its totality, takes both authority and justice out of the hands of crusaders and places them in God’s law. Whereas the crusader indicts a segment of humanity, God’s law indicts all men, everywhere, every man without exception. God’s law-word re­quires the condemnation of all, and it provides also for redemption and regeneration through Jesus Christ and His atonement. It then requires the redeemed man to believe and obey by bringing every area of life and thought under Christ as Lord. This means the reconstruction of all things in terms of the law-word of God.

Our Lord indicts the whole crusading mentality as one of hypocrisy and blindness, because it seeks an outward conformity and cleanliness rather than true justice and faith (Matt. 23:13–33).

Total war presupposes the validity of this emphasis on externals. As Tung Chi-Ping, in his very telling account of Red China, The Thought Revolution, points out, hypocrisy succeeds best in such a regime. Be­cause humanism in all its forms, as well as the crusading mentality, sets a priority on outer controls, a premium is placed on surfaces rather than meaning. Communist ideology, says Tung Chi-Ping, believes “that hu­man nature can be changed by changing the environment.” Conformity is thus rewarded, and thinking distrusted. The answer to each crisis is another planned crusade, massive demonstrations, testimonial meetings, and dramatic gestures. Faith and work are replaced by power and ap­pearance, and so, the more the society crumbles, the greater the monu­ments to itself that it raises.

Where environmentalism replaces regeneration as the salvation of man and society, there power must prevail as the saving agency. In regenera­tion, God’s power is at work, to create a new man who is then commis­sioned to exercise dominion in terms of God’s law by rebuilding all things on the foundation of Jesus Christ. The key power agency is in God and His Spirit. Where environmental faiths govern, a human power agency must do all the changing, and the means is not by an inner conversion but by an outer coercion. The “tactic,” then, is not faith and obedience but power and coercion.

Because we live in a crusading era, we live therefore in a highly coer­cive era, one in which compulsion replaces freedom, and power replaces the Spirit. Men may regret the consequences of our present course, but they will not change them until they themselves are changed.