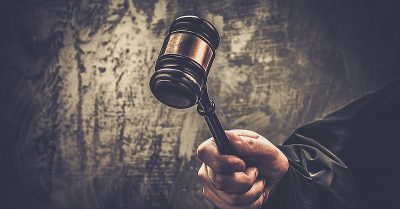 One of the most dangerous of ideas that have dominated men's minds is the dream of total justice. This is a humanistic dream. The humanist has only one world, this present life, and he is determined to make a heaven out of earth. The result is consistently hell on earth.

The menace of the dream of total justice is that it requires perfect people and a perfect social order and state to establish itself. The fact is that man is a sinner; he is also unwilling to change, content with himself although discontented with the world, and, by virtue of his fallen nature, a slave to sin and hence a slave by design (John 8:31-36). As result, every dreamer of a world of perfect justice, a habitation for supermen, and a realm of triumph for humanistic dogmas of justice, must begin to eliminate men as they are to make way for men as they should be. The French Revolution planned the reduction of France's population to a malleable fraction of what it was; Nietzsche called for the death of man to prepare the world for superman; the Russian Revolution and its exported revolutions have meant the planned murder of all who represent the old order. In cambodia, since 1975, half the nation has been killed to eliminate all who cannot be reshaped in terms of the Marxist dream of a perfect order. The cambodian Khmer Rouge leaders have killed off all who worked for the old order, all christians, all who were educated, all who lived an urban life, all who had been abroad, and all who had worked for foreigners.

No more murderous force has ever been unleashed by man against man than the humanistic dream of justice. Tyranny and evil have governed most of history, but never more rigidly and thoroughly than by those who bring in totalitarian controls in the name of total justice. In 1931, Charles Pettit's The Impotent General, a brief and light novel, was translated into English. when the old war lord is replaced by an ideologue, the peasants are unhappy. A peasant is asked if it is because of affection. "By no means...Tan Pan-tze was an infamous robber, who shamefully harassed the countryside, thrashing inoffensive folk and raping women of all ages and conditions..." "Then may I ask why you appear to mourn him?"...The peasant replied: "Simply because his successor, General Pou, is very much worse than he was...he extorts his tribute methodically, which is even harder to endure... and, moreover, he now exacts the death penalty for non-payment and he does so in a legalized manner which has multiplied the executions" (p. 171).

It is not surprising that, in the quest for total justice, the humanistic regimes have instituted total terror. The people are whipped into line, "for their own good." They are ruthlessly subjected to savage repressions and forcible changes, all designed to make them conform to the new model man for the new model society.

All this is logical. A better world does require better men! The question is, how to get better men, how to produce them? In the final analysis, two choices appear before men as the instruments whereby men can be changed: revolution or regeneration.

If men deny the possibility of regeneration then their only logical option is revolution. Since 1660, and the birth of the Enlightenment, the logic of humanism has moved the world steadily and more deeply into revolution. Every continent is now in the grips of a faith which demands the coercive remaking of men.

But total justice on earth is an impossible dream. Man does not have God's omnipotence nor omniscience: he cannot control nor see all things. Lacking total knowledge, his institution of justice, even in godly hands, is at best partial and incomplete. Not every wrong can be righted, nor every balance restored. Men can live, under God, in a just society, but never in this world in a totally just society. For the humanistic state to seek total justice means claiming God's omnipotence: the state must exercise total power for total justice. Likewise, it must claim God's omniscience: it must have total knowledge of all people, institutions, and things. A bureaucracy is created to exercise these "divine" powers.

In the Biblical perspective, man as sinner needs regeneration. As a sinner, he cannot establish a just order, only an evil one. By the regenerating power of God in Christ, he is a new creation. He is now able to serve God, to institute an order in terms of God's law, and to know what godly justice is, and to pursue it. He knows that only in God's eternal Kingdom is total justice attainable, so that, even as he strives to obey God in all things, he knows that he cannot expect of imperfect men and societies a perfect and total justice. All the same, only a new creature can make for a new creation. A law order and state dedicated to a humanistic faith in total justice will create total revolution. An order dedicated to the whole word of God and Christ's regenerating power can give justice, because it rests on a new man of God's making, not man's.