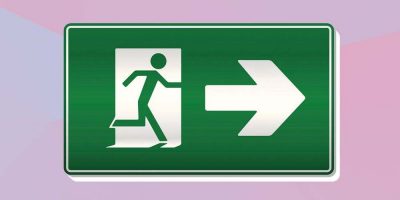 It is important, therefore, to analyze some of the broad outlines of perspectives. What are the basic perspectives which a man can have with respect to our world crisis?

The first perspective is that of the dropouts. The hippies, of course, come to mind first of all. The hippie holds that all of modern civilization and religion is hypocrisy and fraud; only a fool becomes involved in it and a part of it. The basic act of virtue and of wisdom for the hippie is, therefore, to drop out. The glow of self-righteousness which character­izes all hippies comes from this fact of dropping out: it is a sign of supe­rior wisdom and virtue, and, accordingly, the hippie despises all those who do not share his superior wisdom. The hippie talks about love, but he seethes with hatred for everything in the “square” world; he feels no compunction about exploiting it, defiling it, or destroying it.

A second element in the dropout movement is the black “civil rights” champion and revolutionist. The readiness of these people to burn and destroy comes from their hatred of the existing order. But this is not all. The civil rights movement is first and last an anti-black movement, seething with hatred not only for the white man but for the black also. The first targets of burning are usually blacks who are law-abiding and hardworking. In one city, when King was murdered, many blacks sat on their roofs with guns to protect their homes from black revolutionists, while their wives met in prayer meetings, beseeching God’s mercy and protection. The black civil righters have dropped out of American life, white and black; they hate and despise the liberals who aid them, and they spit out contempt for the good men of their own race. They are drop­outs. They despise the achievements and morality of Western Christian culture, and their one target is to destroy: “burn, baby, burn.”

There are many other varieties of dropouts, but a third will suffice to illustrate the nature of the dropout. The leading dropouts are the Marx­ists. Marx’s basic philosophy was a faith in the regenerative power of destruction, the religion of revolution. Marxists are thus dedicated above all else to destruction. The appeal of Marxism to all kinds of dropouts is thus very great. This means, too, that Marxists can exploit dropouts easily because it offers organization to their urge to mass destruction. The hippies, the student rebels (who are dropouts in their own way), and the various radical groups are all easily used by the Marxists to further their dropout goal, the total destruction of the past and of all godly law and order.

The black “civil rights” movement is made to order for the Marxists. In Russia, the Bolsheviks were too few and too “intellectual” to fight a revolution themselves. They had to use dupes to do the job for them. Ba­sic to the revolution was the naval mutiny of the sailors of the Kronstadt fleet. This was the beginning of the collapse of Russia into lawlessness, anarchy, and revolution. The sailors had their grievances; but when it was all over, the settlement the sailors of the Kronstadt fleet received was death for all. February 23–March 17, 1921, marked the mutiny of these sailors against the Bolsheviks; instead of getting their original demands, the sailors were worse off. Their payoff now was death.

The blacks are the modern Kronstadt fleet. They are encouraged and subsidized for violence; and, at the same time, local law enforcement agencies are progressively hamstrung to lead to a federal power over all people in order to “cope” with rioting. The black is made increasingly the object of hatred by the subsidized rioting of some so that the major­ity of whites will later welcome a socialist power which suppresses the disorders.

The Marxists, as the strongest and most systematic dropouts, cash in on every dropout effort: it all contributes to their ultimate goal of de­struction. But many who do not consider themselves Marxists or who are anti-Marxist actually contribute to the Marxists’ success. This is done by accepting the basic Marxist premise: environmentalism. The Report of the National Advisory Commission on Civil Disorders (March 1968) blamed the riots, not on hoodlums and revolutionists, but placed the guilt on the law-abiding white population, i.e., on the environment. Now, there are two steps in settling any problem: first, find out what is wrong and who is responsible; second, remove the conditions and persons which are responsible. At this point, the commission was not honest. It blamed the white environment. It called for certain corrective actions. But it did not openly state that it was in effect calling for the punishment of the law-abiding white population. By calling for more taxes and more laws, it was instituting repressive measures against those who must pay the taxes and whose freedom of association is limited by the laws.

Now, environmentalism places the blame, not on the guilty parties, but on the human environment and the cultural environment. It con­demns that environment and calls for a dropout from it, and then, logi­cally, the destruction of it. The Marxists are the leaders in the world of dropouts: they see the implications most clearly.

The second basic perspective can be called that of the drop-ins. The drop-in declares that everything is basically fine: all that is needed is a little tinkering, some neat changes here and there, and all will be well.

In analyzing dropouts, we began with the hippies, an adolescent phe­nomenon. In dealing with the drop-ins, let us begin with another ado­lescent phenomenon, the great drop-in voice of youth, Playboy maga­zine. The gospel according to Playboy is total humanism. Accordingly, Playboy is strongly hostile to orthodox Christian faith and morality and wages unceasing warfare against it. For Playboy the glory of life is our humanistic culture; get rid of the Christian hangover, get rid of the Inter­nal Revenue Service and the income tax, and get rid of federal snoopers which invade our privacy, and all will be well. Even as Marxism repre­sents a radical humanism, Playboy represents a conservative humanism. For both, Biblical Christianity is the enemy. Playboy’s philosophy pres­ents “the good life” for those who believe in dropping in, in creaming our heritage without any responsibility to it, who want to live well rather than to live responsibly under God.

Another kind of drop-in is to be found among the political liberals and conservatives who believe that with a little tinkering, an election or two, the world will be well. This position is basically rationalistic. It has no sense of roots or life. Some political cure-all is the answer. H. du Berrier has again and again called attention to the fallacy of the liberal rationalists (and radicals) whose cure for Vietnam was to remove the emperor and institute “democracy.” But their action has effectively destroyed Vietnam and left it without a principle of authority. We may not like it, but in terms of the religion of these people, the emperor is a divine-human figure and is the source of authority. Take away the em­peror, and you take away authority and introduce anarchy. Now, we may prefer a Christian Vietnam, or a “democratic” and liberal Vietnam, or a conservative republic there: but the reality of Vietnam is that such things cannot have roots there; in the future, perhaps, but not now. Remove the principle of authority, and what are your choices? Anarchy or totalitarian coercion. There is nothing left to hold society together.

Rationalists, conservative and liberal, are ready to dream up ideal schemes to build a new world: a little tinkering or a great tinkering, but always some addition or subtraction, and paradise will come. It’s a fine world, say these men: we want it to realize its possibilities. But does para­dise come? Unfortunately, the Marxists arrive instead, to cash in on the anarchy.

But these drop-ins refuse to learn. One more tinker, one more election, one more something, and all will be well. The election of Eisenhower, I was told some years ago, would “turn the tide.” And not too long ago some people refused to speak to me because I saw no gain in electing Reagan.

The drop-ins refuse to face up to the fact of evil, its deep and religious roots, and its power. Pass a good law or win an election, and does evil go away, or does it not rather move more savagely against you? We are at war, and the basic war is between the Kingdom of God and the Kingdom of Man; and there is no coexistence in that war.

The drop-ins believe that everything is basically well with us, except for their little or big gimmicks. They want to cure cancer with nose drops, whereas the dropouts want to “cure” it with a gun.

How can you deal with the world of the dropouts without seeing its deep roots? Darwin, Marx, and Freud are the shapers of the modern mind and of environmentalism in its present form. Their influence saturates state, church, school, home, society, and both work and play. No law or election can change that fact overnight. It takes the grace of God (conver­sion) and the response of man (education, instruction, application).

This points us to a third perspective, one to counteract moral disar­mament: Christian Reconstruction. This means facing up to the facts of the situation and recognizing how far gone we are, and it means driving that fact home to people. It means then reeducating and reconstructing society from the ground up. This means Christian schools instead of stat­ist education. It means new and truly Christian churches instead of hu­manistic ones. It means building from the ground up in politics in terms of Biblical perspectives. It means a Christian economics, godly science, agriculture, and so on. It means the centrality of the family, and it also means a Christian principle of authority as against a humanistic doctrine of authority.

When the dropouts say of our culture that it is sick, they are right; but their answer is to kill the patient. When the drop-ins say they love our culture and want to improve or heal it, we can commend their wishes but not their common sense because cancer is not cured by nose drops, nor glaucoma by eye drops. Whether sincerely held or not, a false perspec­tive leads to moral disarmament. But moral disarmament is a major step towards suicide.