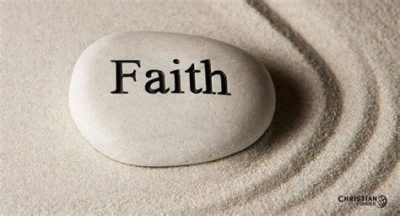 Some decades ago, during the Depression, I had the privilege of visiting briefly in a community very much influenced by a fine old pastor. I attended one service and also had a brief visit with the man. He had studied under great men at the old Princeton Seminary, and his conversation was stimulating as he recalled his teachers. His preaching was very different, essentially devotional, and, with the passing of the years, he had limited himself to a short number of favorite texts. His Bible had become very small. I was therefore saddened but not surprised that his successor was a modernist. He had passed on no theological awareness.

In this century, Protestantism has been in steady retreat because the pulpit too often has fallen short in solid theological and Biblical teaching. Men have been too prone to stress their own theological and ecclesiastical affiliation to the exclusion of the whole Word of God. In the triune God, all His attributes are equally of importance. You and I have disproportionate attributes: we are good at some things and incompetent with others. Our aptitudes and abilities differ greatly. But nothing in the Godhead is greater or lesser than anything else. We cannot say that “God is love” to the neglect of the fact that He says His name is Jealous (Exod. 34:14). He is the God of grace, and also of law, of peace and of wrath, and so on. If we stress in God what we like, then we create an idol with supposedly Biblical materials.

A key area where, in this century, Biblical materials have been used to warp the faith has to do with the word faith. When I was young, the common stress was on the atoning blood of Jesus Christ as our salvation. Neither our faith nor our works save us: “for in thy sight shall no man living be justified” (Ps. 143:2). Faith is the gift of God which enables us to know what He has done. Paul tells us, in Ephesians 2:5, “Even when we were dead in sins, [God] hath quickened us together with Christ, (by grace ye are saved).” In Ephesians 2:8, we read, “For by grace are ye saved through faith; and that not of yourself: it is the gift of God.”

Faith cannot be turned, as Louis Berkhof pointed out, into “a meritorious work of man, on the basis of which he is accepted in favor by God” (Louis Berkhof, Systematic Theology, p. 497.)

The Westminster Confession, in the chapter on “Justification,” tells us that the justified are those to whom God had imputed “the obedience and satisfaction of Christ . . . they receiving and resting on him and his righteousness by faith, which faith they have not of themselves; it is the gift of God” (Acts 13:38–39; Eph. 2:8; Phil. 3:9).

Christ’s atonement is an objective fact. We have nothing to do with it. God, by His sovereign grace, imparts knowledge of it to us, to our great joy. Faith is evidence of our justification and regeneration; it leads us to ever increasing trust in our Redeemer, but it is He, not our believing, that saves us.

Faith is the gift of God which enables us to walk in the confidence and power of His victory.

When faith is separated from the atonement, the doctrine of salvation is seriously warped. It becomes “easy believism” and a good work on man’s part. A young man, self-appointed “soul-saver,” stopped me once to summon me to repent of my learning and preach the “simple gospel” of faith. When I questioned what he meant by faith, he accused me of evil sophistry designed to confuse the “simple gospel.” He was very ignorant of the Bible as a whole, of meaning of atonement and justification, and proud of it. With the “Rapture” due any day, he said that he could not afford to waste time on “the details” of the Bible.

Our faith and trust cannot be in faith but in Christ and His atonement. If we shift our emphasis from Him to our believing, we have warped the faith and weakened it dramatically.

When Hebrews 11 gives us the roll call of the great men and women of faith, it is not talking about easy, comfortable faith, but it chronicles the men who suffered for their faith. They did not look to their faith for their confidence, but to the Lord who had made them His people.

There are more ways of harming the church than by disbelief in the orthodox faith of the saints and the reformers. By neglecting the full-orbed stress of the Bible to ride our own pet subjects, we can sometimes do more damage than unbelievers.

Because of the extensive hostilities that Biblical faith encounters, too many limit their commitment. I learned over twenty years ago of a group of churches, all claiming to be evangelical, who had decided against preaching on creationism, the virgin birth, and the miracles, and they concluded that they would not oppose abortion and homosexuality so that they could concentrate on John 3:16 and reach more people! Reach more people for what?

God gives power, not to the compromisers, but to those who, without fear or rancor, proclaim His undiluted gospel.