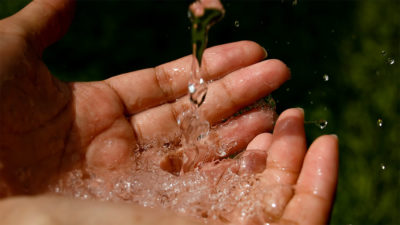 James, the brother of our Lord, tells us very emphatically that “faith without works is dead” (James 2:26). I thought of this recently when I heard an older man speak of the “old days” when silver dollars were the only kind of money in circulation in this area, and good men refused to take paper dollars in change. Such paper money was despised as “funny money” and as likely sooner or later to lose value. This attitude was commonplace when I was a boy farmers, ranchers, and miners carried deep leather pouch purses in their jeans to hold “decent” money, silver change and silver dollars.

Then I asked my one and only question of the old man: did you save some of those silver dollars? His answer was brief: “Nope. Sure wish I had. They’re worth a lot of money these days.” He went on to say that he had known all along that silver dollars were real money, and paper money would “belly up.” But did he? I thought of him two nights later, as I read James 2:26. His “faith” in silver was worthless, and his paper assets are steadily depreciating; he was grumbling about how much harder it is to make ends meet financially. Scripture is right: faith without works is dead and worthless.

A faith with works moves in terms of Joshua 1:2-9. In the confidence of God’s word and victory, it moves out to possess the land for the Lord, in the bold confidence that His word is true, when He says, “I will never leave thee, nor forsake thee. So that we may boldly say, The Lord is my helper, and I will not fear what man shall do unto me” (Heb. 13:5-6). (May, 1981)

Taken from Roots of Reconstruction, p. 106.