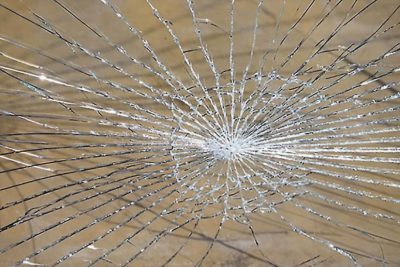 One of the problems men have had for countless generations is their refusal to believe that history can continue much beyond their time. This end-of-the-world mentality has marked pagans and churchmen alike. Men have believed again and again that evil has so infected their world that the end must come. In science fiction, earthlings seek some distant planet for a fresh start. In the days of Rome, men like Horace (65–8 b.c.) saw no future in Rome. Horace’s solution was to sail westward in the Atlantic in search of a new and unfallen world, where all was innocence and perfection. (Rome lasted for centuries after Horace.) Petronius Arbiter (ca. a.d. 27–66) wrote harshly about the bad education of his day, the disrespect for the past, and the prevailing immorality, but he looked to a cult for hope, and his views were shallow. Men seemed to believe that, by satirizing evil and folly, men would be better.

With the coming of Christianity, these false expectations gained a new dimension. Although our Lord stated very plainly that knowledge of the end is unknown by men (Matt. 24:36), men over the centuries have speculated endlessly on precisely the day and the hour of His coming again. The results of these great and false expectations have been evil. Christian duties are paralyzed and short-circuited. Problems are not dealt with. One pastor told someone whose spouse was very plainly evil not to be concerned about it because the Rapture was due almost any day now!

This mentality has in the modern age deeply infected the humanists. Many Frenchmen in 1789 believed that a new and better age had arrived. In that year, even the British House of Commons proposed to the lords “a day of thanksgiving for the French Revolution.” The Revolution had apparently rendered the doctrine of original sin invalid. Man’s intelligence was ushering in a naturalistic millennium. Rousseau had held that man had once lived in a state of natural, primitive grace. The purpose of the French Revolution was to restore man into that grace. As Norman Hampson wrote in Prelude to Terror (1988), “The prospect of universal peace was one of the reasons why 1789 seemed to so many people the Year 1 of a new and better world.” There was a general “conviction that the millennium had already begun” (p. 126). The goal was to make all men “free and equal,” because, “How can a free man be wicked?” All evil was the product of oppression. Abolish oppression, and all men will be good (p. 35). The goal of politics was to create the humanistic millennium as visualized by Rousseau. “Politics was a matter of putting vertu on the statute books” (p. 187).

This is why Robespierre, as Otto Scott pointed out in Robespierre: The Voice of Virtue (1974), as the head of the state, saw himself as virtue’s voice, and all who disagreed with him were evil. This, too, is why the Jacobins held, “All is permitted those who act in the Revolutionary direction” (p. 205).

All revolutionary leaders since then, whether in Cuba or Russia, have been self-assured and confident that they are the voice of virtue. Worse yet, all modern politics is infected with Rousseau’s doctrine that the state and its leaders exist to establish and incarnate the order of virtue. The self-righteousness of our political candidates rests in this belief. They, rather than revolutionary leaders, are, they believe, the true voice of reason and virtue on earth.

As Hampson pointed out, the Rousseauists identified politics with morals (Prelude to Terror, p. 42). The Biblical identification of morality with religion, with God and His law-word, was denied. Morality was now an aspect of political order. Religion was now limited to purely spiritual concerns and with the hereafter. This world and its moral order were now the province of the state. In due time, given this premise, both Marxist and democratic countries began teaching a new morality, a situational one usually, in the state’s schools. The church’s protest has been scarcely more than a whisper. Reason, science, and politics have supplanted the church as the voices of morality, and the schools are their instruments.

It should not surprise us that, within a generation after the French Revolution, two new doctrines began to spread through the church. One was Anglo-Israelism, which in its extreme forms identified salvation with race. The other was dispensational premillennialism.

Wherever there was a separation of Biblical law from morality and civil law (or civil moral order) with immediate millennial expectations, there a civil and moral barrenness prevailed. Christianity went from being the shaping power of society, to become an unessential thing on the sidelines, either awaiting an end in which things went from bad to worse, or, expecting a rapture which made societal concerns irrelevant.

Whether in humanism or within the church, great false expectations have devastated the Western world in the past two centuries and have left it crippled and ineffectual.

At the same time, by mining the Bible for “spiritual nuggets” instead of seeing it as the law-word of God, the church has allowed Rousseau’s doctrine of a conflict society to prevail. As a result, every area of life has been turned into a civil war: the war of sexes, capital versus labor, the farm versus the city, parents versus children, and so on and on. Given the premise of a metaphysical conflict in all the world, there can be no escaping conflict except by death. As a result, killing one’s enemies, whether political or personal, has increased. Our world’s false expectations can sometimes be murderous in their consequences. Rousseau’s philosophy was indeed a “prelude to terror.”

We are living thus in an era where, apart from the usual problems of life, we face the great man-created evils of false doctrines and man-created conflicts. Neither contemporary politics, science, nor education can solve a problem they have created and are aggravating.

Only a return to a truly Biblical faith can give us a good future. Our present superficial churchianity has no future because it is not in submission to the whole Word of God. People who believe that they can “choose Jesus,” in the face of His plain statement in John 15:16, choose also to decide what kind of Jesus they choose. The result is a sentimental concoction, not the living and omnipotent Lord. It is this sovereign Lord of whom the Father declares, “hear ye him” (Matt. 17:5).

Book
In His Service: The Christian Calling to Charity
Book
Christianity and the State
Book
Salvation and Godly Rule
External Link