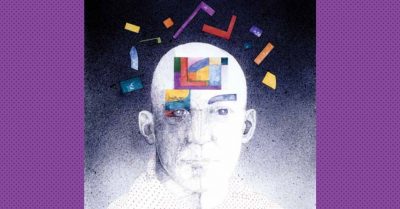 In the modern age, humanism has been the major driving force in social change. With a missionary fervor rivalling Christianity and Islam, hu­manism has captured men and institutions all over the world, and much in our world today is a product of humanism.

In a study of The Renaissance in Perspective, Philip Lee Ralph (St. Martin’s Press, 1973), commented on the humanists’ hope: “Together with other thinkers of the age, Erasmus, More, and Machiavelli shared a conviction that, without any change in human nature or any drastic altering of institutions, the political order could be made to serve desir­able human ends.” Ralph rightly calls attention to Machiavelli’s “most remarkable quality,” his belief that “splendid opportunities lie at hand, waiting to be seized upon” (pp. 75–76).

Ralph is right, of course. The basic Christian premise is that man has a critical fault which is ineradicable by man, original sin. Only God’s re­generating grace can change man and thereby alter the human prospect. The impediment of man’s sin colors his life and institutions, so that death and corruption haunts all man’s efforts outside of the triune God.

As a humanist, Machiavelli held high hopes for man. He rejected any form or return to the medieval theocratic ideal, or to any other theocratic goal. His perspective was humanistic and pragmatic. Like Stalin much later, he believed that a man cannot make an omelette without break­ing and scrambling the eggs. As man was “freed” from the Christian worldview, his pragmatism would have a clearer humanistic goal. Thus, Machiavelli was ready to allow to rulers a broad spectrum of moral free­dom and power. As Ralph stated it, “Machiavelli exalted power — even naked brutal power, uninhibited by religious dictates or moral scruples — because this was the only reality that seemed to him effective” (p. 63). Machiavelli had high hopes for man by means of the humanistic state.

Erasmus was the same. In February 1517, he wrote a letter to a friend, expressing his belief in “the approach of a golden age: so clearly do we see the minds of princes, as if changed by inspiration, devoting all their energies to the pursuit of peace” (p. 74). Man was coming into his own; the state was emerging from the custodial eyes of the church, and man would soon be free: this was the humanist hope.

It is no less so today. Human solutions are sought to all human prob­lems. Man’s freedom is sought without God, and changes in man and the world are sought without reference to God. Where humanism recognizes faults in man, these are environmentally explained — in terms of society, religion, the family, and so on. Man has been victimized, and he must be freed.

As a result, the humanist reacts intensely to any Christian concern for political order. Since the spring of 1980, and the participation of evan­gelicals in politics, much has been written against this ostensible threat of fascism, censorship, tyranny, and so on. Every name anathema to the humanist is hurled against these men, against all reason. Thus although the Reverend Jerry Falwell is well-known for his eschatologically gov­erned pro-Jewish outlook, and friendship with M. Begin, he is irrational­ly called an anti-Semite! In other words, if you are against the humanists, you must conform to their stereotype.

At least in Humanist Manifestos I and II, the humanists stated cer­tain religious presuppositions which should have made them aware that the differences are religious, and that strong faith exists on both sides. First, humanism rejects the idea that man needs regenerating by God; any changes necessary to man can be made by man. Humanistic and Christian views each necessitate radically different concepts of education. Both have fought for control of the state schools; both need to drop their efforts to force their educational faith on others and create independent schools to propagate their position. Until then, they are advocating coer­cion and imperialism.

Second, the humanist believes in a self-generated universe whereas the Christian believes in its creation by God. Each position has far-reaching implications for life, ethics, and the sciences. Each rests on a faith as­sumption rather than verification.

Third, the humanist denies God’s government and predestination in favor of man’s controls, planning, and predestination. For anarchism, this means man is in total control; for other humanists, it is the state. The rise of humanism has made the state the agency and ultimate power, replacing God.

Fourth, man, not God, is seen by humanism as the source of law. This means that law is the expression of man’s will or mind, either of individual man, or statist man (the democratic consensus concept). It fol­lows that ethics or morality is also man-made, and we are told that man should have the moral freedom to do as he pleases, provided that he does not injure others. This seems to be a simple and foolproof doctrine, but it poses serious problems. Incest with minors is now defended by some in terms of this doctrine (although such a practice is not a general tenet of humanism). What constitutes injury? What constitutes coercion? Is injury to others merely physical? Anti-Semitism may be purely verbal, but it can do injury to a person, can it not? Then why is this not true of anti-Christianity? Or of antihumanism, for that matter? The law codes and moral codes of humanism prove to be rubber yardsticks which can cover anything, and also justify anything.

Fifth, humanism does more than reject God. It affirms that man’s hope must be in man, that “In man we trust”; it is an ethical faith and process that sees progress only in terms of a confidence in man and in man’s reason, agencies, and activities.

The sad fact is that humanism is very much a part of the church scene, not only amongst modernists but evangelicals as well. The application of the Bible is limited to the church and to “private” life by all too many, and most spheres of life are viewed humanistically. It did, after all, take the gross and abysmal failure of the state schools to wake up Christians to their educational mandate. Only now is the corruption of modern hu­manistic politics compelling Christians to look to God’s law and man­date. The churches are weak because they are only occasionally Christian.

C. R. Morey, in Christian Art (1935), said, of contemporary archi­tecture, “The academic styles that have succeeded each other since the seventeenth century, as a consequence of this curious divorce of beauty from truth, can hardly be classified as Christian art, since they recog­nize no inspiration higher than the human mind” (p. 67). Exactly. Today, “Christian” action simply lines up with a humanistic alternative, not in terms of Scripture. Dominion man must apply God’s dominion Word to the problems of this world.