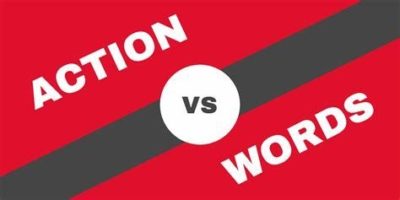 On one occasion, Otto Scott and I met a young man who lost no time in telling us of his burden of “guilt.” His forefathers had been Southern slavers, dealing in the transport and sale of black slaves. We quickly gathered that he was a sensitive soul who wore his “guilt” as a badge of nobility.

On another trip, I was told of a young white woman, about twenty years old, who had been raped by a black hoodlum. She refused to report this crime or to tell her parents of it. Like her father and mother, she was a liberal. To report the rape, she felt, would confirm “a racial stereotype,” and this she could not do. She spoke of understanding “the suppressed rage of oppressed black men.” She, too, was a “noble” soul who took upon herself the guilt of past generations.

Of course, all this is a false virtue which rests on a hypocritical guilt for past sins which they themselves did not commit. Neither of these two persons, nor others like them, feel any guilt for present sins in themselves. Instead, they claim a false nobility and virtue for their hypocritical guilt for the past of their people. As a student, I knew a wealthy young man who made it clear that his father’s business practices (whatever they were) were repugnant to him. This was his claim to a high moral ground. His immediate personal life was very bad, but he felt virtuous in condemning his father, whose money he used freely.

We have a new form of Phariseeism today which looks at the past and says, “I thank Thee, Lord, that I am not as one of those insensitive souls.” When our Lord says, “Sufficient unto the day is the evil thereof” (Matt. 6:34), He forbids us to borrow troubles (or guilt) from both the past and the future. To borrow either problems or guilt from the past or the future is ungodly.

Even more, guilt is personal. It has to do with one’s own sins of com- mission and omission. To confess our parents’ sins, or our ancestors’ sins, rather than our own is Phariseeism and a claim to being spiritually sensitive at their expense. It does not deal with one’s own sins!

Some people feel very virtuous in “confessing” other people’s sins. They are experts in correcting everyone around them. I regularly hear from such people about myself! Now, bad as that is, I believe it is even worse to confess our forefathers’ sins and not our own. It is a violation of the law requiring us to honor our father and mother.

Paul speaks of some who have their “conscience seared with a hot iron” (1 Tim. 4:2), who claim a higher holiness than others. They refine their moral stance to give themselves a holier and higher way than others. To have one’s conscience seared with a hot iron means to be insensitive to God, while sensitive to one’s own will. It means that these insensitive people claim a higher sensitivity. Such people become adept at confessing other people’s sins, and then we see whites confessing black sins, blacks confessing the sins of whites, Orientals confessing Western sins, and so on. People love to catalogue the sins of other nations, of the United States, Japan, South Africa, Guatemala, Britain, and so on and on.

All of this means devaluing sin and changing its seriousness. It is routine now in much so-called evangelism to assure people that their sins are forgiven before they have admitted to or confessed sin. It is no wonder that such “converts” are routinely moral problems. Cheap forgiveness shows contempt for the cross. If our sin required Christ’s atoning death, to treat sin and forgiveness lightly is a very serious offense against God’s grace and mercy.

David understood the seriousness of sin and forgiveness. He wrote, “For I acknowledge my transgressions: and my sin is ever before me. Against thee, thee only, have I sinned, and done this evil in thy sight” (Ps. 51:3–4).

Confessing other people’s sin, the sin of our forefathers or the sin of our nation in the past, is a common evasion of responsibilities in the present. One women’s club revels in hearing speakers who regale them with the sins of everyone outside their own “enlightened” circles. They know more “dirt,” or fancied “dirt,” about more people and groups than one can imagine! They are a happy lot of Pharisees who believe that they grow in virtue as they grow in their information about the sins of others!

Such Phariseeism is common on the right and on the left. It is very popular politics. It adds nothing, however, to the moral direction of society.

All morality rests on a religious faith, and it results in action: no action, no morality.

Today we have a world in which everybody seems eager to correct or regulate everyone else. Whenever a congress, legislature, or parliament meets, it seeks more controls over others. (The U.S. Congress, as an accomplished body of Pharisees, routinely exempts itself from the laws it passes to bind all others!) This is Phariseeism, and it is evil.

Our Lord condemns Phariseeism above all else. He accused them of shutting up the Kingdom of Heaven by their warped teaching. He de- clares, “ye shall receive the greater damnation” (Matt. 23:14).

At the same time, our Lord requires us to seek first His Kingdom and righteousness (or, justice) (Matt. 6:33); this is Christian Reconstruction. The emphasis is on what the Lord would have us do, and it requires a faith with results, a faith which moves us to service and to faithfulness. When Paul was converted, his first words were, “Lord, what wilt thou have me to do?” (Acts 9:6). He did not sit back to wait for heaven; he be- came a vineyard worker for the Lord. To be converted, to be regenerated, means to be made alive in Christ to serve and obey Him.