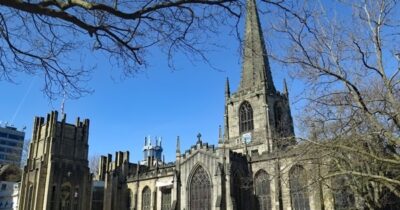 The incarnation is the central fact of Christianity. Our faith is not in an abstract, remote, or simply spiritual something, but in the living God. This God appeared as the Angel of the Lord to the saints of old, Abraham notably. He incarnated Himself in Jesus Christ, and He has at all times required a conformity to His purpose in every area of life and thought. Our Lord compared Himself to the Temple and was reviled for this (Matt. 27:40). It is important for us to think seriously about that comparison. The Temple was the house of God, and, as such, it was so important that God Himself gave the detailed instructions for its con­struction and commissioned through Moses artisans to do the “orna­mentation” for it (Exod. 36:1–4). A religion centered on the incarnation is totally concerned with its physical expression. A faith that holds that faith without works is dead (James 2:14–26) will require that the mate­rial and the spiritual be in harmony.

What this means is that a Biblically governed Christianity must be radically concerned with art, beginning with architecture. Architecture provides the clothing for life and its activities. People who are uncon­cerned with architecture, or who believe that any shelter will do for hous­ing or for worship, fail to understand their faith.

The first churches built by the early church were built of stone to re­semble royal courts. The church was the house of Jesus Christ, King of kings and Lord of lords (1 Tim. 6:15). The behavior of the congregation was comparable to the conduct of petitioners and servants awaiting or­ders in a royal court and palace. The churches were built then, and for centuries to come, as Christ’s palaces. This was in terms of both Old and New Testament practices. As soon as Christians could move out of their covert worship in homes, they built churches as royal palaces for the Lord Jesus, Messiah-King over all nations. The church represented the King­dom of God, out to reconquer all nations for Christ the King.

Their faith in the incarnate Lord had to be incarnated in every area of life and thought. There was artwork even in the catacombs. Even as the Word was made (John 1:14), so the Christian’s faith had to be made flesh in word, thought, and deed, in art, farming, the sciences, and all other spheres of life.

Greek philosophy tended towards abstractionism. The idea was more important than the concrete reality, because it was held that the material dies and fades, whereas the spiritual, the idea, is eternal.

As against this, the Christians affirmed the goal as the new heavens and a new earth, the general resurrection, and the eternal Kingdom of God. No area of our lives is outside the governance of God’s holy law, and therefore none can be neglected.

Old Testament faith had as its focus the Temple, the physical center of worship and of the three great festivals. The attention God requires His people to give to mundane laws about weights and measures, sanitation, diet, and more, and to the Temple and its construction, means clearly that our faith must be incarnated, made flesh, in everyday life. It is not a faith for withdrawal from life but for incarnation therein.

Art must be concerned with meaning. Victorian art, and also Tolstoy, was concerned with morality rather than theology, and morality without theology soon becomes empty and sentimental. Men like Matthew Ar­nold substituted morality for religion and thereby contributed to moral decline.

Too many people either disregard the instructions in Exodus concern­ing the Temple, or else they turn it into spiritual symbols, as did Gregory of Nyssa. Beginning with this point of view, they end up spiritualizing the law (as Gregory did) and then reducing Jesus to a purely spiritual Savior, not the Redeemer of all creation. Such a perspective surrenders the world to the devil, and art also.

The reconquest of all things for Christ, and their reconstruction in Him, must include the arts.