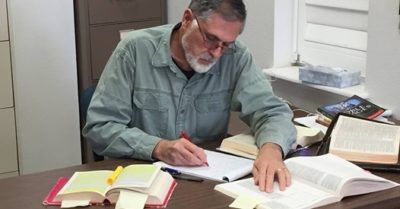 Our culture has become increasingly irrational in the last half century, and the pace of this trend seems to be accelerating. We have long been accustomed to the charge of racism being misused as a political weapon but in recent days the charge was made that even the original Mary Poppins movie was racist. If the current doom-and-gloom climate predictions (once a coming Ice Age, then global warming, now a generic “climate change”) are not absurd enough, we are offered the absurdity of “transgenderism.” We live in an age where entertainers make it a point to offend and politicians offer the panacea of socialism, despite all historic and contemporary examples of its destructiveness.

The Enlightenment’s Humanism: Reason, Not Revelation

Some of the absurdities we hear are likely not even believed by those who shout them. Their point is, in fact, to shout, to demand and obtain the cameras and microphones (I think the reference to Mary Poppins would be an example). In doing so, they deprive others the spotlight. Beyond that demand to be heard, however, there is a very real sense of mission and purpose behind these seemingly bizarre claims.

Humanism replaces the supreme authority of God with that of man. This supremacy may be seen as individual or collective. A person who says, “No one can tell me what to do,” is positioning himself as the ultimate authority. Such a humanist will be anarchistic in his thinking. Most humanism views the authority of man as a collective. The highest collective voice of man is the state, so most humanism gravitates toward statism.

Because it sees man as “in charge,” humanism reacts to any transcendent authority, such as the God of Scripture, with contempt. They truly believe that because they are in control, they can repudiate all limitations, which they see as a vestige of belief in a transcendent God. The transcendent God of Scripture is replaced with their own immanent authority, so they act like gods because they have effectively declared themselves to be such. They may not claim the title of god but they assume the prerogatives of God. They are in charge. They believe they can decree their own truth and condemn those who do not fall in line with their agenda. They see no limit to their authority or prerogative. They believe they can change the world and that they must rid it of the “outdated” vestiges of a Christian worldview, beginning with its ethics.

Humanism has itself disintegrated into increasing irrationality in the modern era. The humanist response to the Reformation was the Enlightenment, which emphasized reason over the former movement’s stand for revelation; so many textbooks on Western history have referred to the Enlightenment as the “Age of Reason.”

The assumption that reason existed in the first place was a borrowed one, a carry-over from the earlier Christian age. The new rationalistic worldview of the Enlightenment merely created a model that presumed a world of law and order. This “natural law” was built into the universe and available for man to discover by his reason. Natural law and rationality were attributed to a distant “first cause” referred to as “God,” but the name was merely a philosophical construct unrelated to the Jehovah of Scripture. The true supreme being of Enlightenment thought was man.

The reliance of humanists on their “God” as first cause was increasingly seen as a concession in the nineteenth century. They were borrowing from Genesis because they did not have a worldview of their own that could give an overall context to their humanism.

The work of Darwin shattered the humanist’s rationalistic thinking and moved it in an entirely new direction, although still a man-centered one. Instead of a reliance on a “natural law” built into the universe by God to be discovered by the rationality of men, Darwin proposed a cosmos controlled by neither a sovereign nor by law, but by the properties of matter alone. Darwin saw chaos, chance, and randomness as man’s context, not law or reason.

Darwinism challenged humanism as much as Christian teaching because his was an entirely new model, a new worldview based on a more consistent rejection of Biblical revelation. Darwin proposed that reason and rationality came very late to man’s evolutionary history as products of civilization. Man’s true roots, and the dynamic of the entire evolutionary scenario were chaos and survival of the fittest. It was this violence, not natural law, that had advanced man.

Humanism, after Darwin, embraced the new mythology of man’s violent pre-history. Chaos and revolution were seen as a rejuvenating means of forcing the next stage of human development. Darwin’s theory became crucial to the Marxist justification of violent revolution, and all subsequent justification of violence. Such things as traditions, truth, and status quo were seen as social efforts that retarded the necessary evolutionary dynamic of constant upheaval.

Modern political and legal theory has also been co-opted by Darwin’s view of the regenerative power of revolution. Activist politicians and judges tend to side with every so-called “progressive” social trend. According to Darwinist theory, societies are like organisms: they adapt and change, or they stagnate and die. Tradition, including old Constitutional restrictions or social mores, is associated with stagnation and death, so Darwinian legal theory embraced radical change to eliminate old, regressive ideas and allow the evolution of social order. The “progress” of progressivism is via an intentionally created chaos out of which it is assumed a brave new world will emerge, unfettered by the traditions of the past. To the extent those traditions represent a Christian ethic or perspective, the push for change is especially vehement. Nothing is seen as more stagnant and repressive than Christianity and its “backward” look at ancient revelation as truth.

We live in a world that believes in the nobility, and even the urgency, of destroying any tie to the past because it has a faith that whatever it destroys will be replaced with something better. While we seek godly reconstruction on old foundations, they believe in the urgency of their destruction.

A faith in evolution is thus a faith in progress by destruction, and regeneration by revolution. The irrationality of humanism represents a Darwinian belief in creating new men and a new order by anarchy and violence. Its “rational” behavior is in terms of Darwin’s mythological past and a faith in it as man’s salvation.

Any worldview based on a mythological past is going to fail. The future belongs to the Kingdom of God and His Christ. Neither the anarchist nor the statist revolutionary will create a better order because hope based on Darwin’s mythology is doomed to fail.

We cannot see a moment into the future, but we are called to live in terms of one we must believe by faith. Because we cannot see the future, God has, throughout history, revealed enough of it for men to believe that the future is never one of chaos or revolution but of His sovereign providence and grace. The people of Jesus Christ have been given a greater view of the future than any in history. This perspective should be the crux of our eschatology. Arguing the minutia of John’s Revelation misses the larger message that Jesus is victorious, and the victory will one day be obvious and every knee will bow and every tongue confess it.