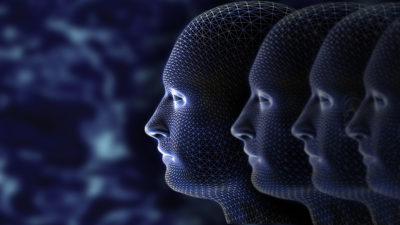 The world of Karma is a world without God, and without rest. Hinduism has no Sabbath, and no naturalistic faith can have a true Sabbath. In a naturalistic world, man is caught in tension between two conflicting facts. First, if there is no God, everything depends upon man. If everything depends on man, then man must be at the command post of his life continuously, night and day, awake and asleep. The psychological implications of this are enormous: rest is precluded, and humanistic man is plagued with insomnia, an inability to rest while seeking it with intensity, and a nightmare-haunted life with things threatening to go out of control. Life is lonely at the top, especially if we live in a dead universe, and if we are all alone in our heart’s concerns.

Second, if man is alone in a dead universe, a world without God, he faces the relentless and blind workings of that universe. Things happen because they must happen, without any source in mind, reason, or purpose. This means that man’s purposes work against a world of total purposelessness. It means, moreover, that an unrelenting and blind causality works against him. Hinduism calls this Karma; others have varying names for it. The sum total of a blind world’s forces and past work against us, and govern us. Heredity, the environment, our sins, the stars, our id, ego, superego, our primordial past, and much, much more controls us. Instead of being in control, we are controlled.

Thus, a naturalistic worldview or faith tells us to be the captains of our souls and fate, but also tells us that we are the creatures of nature, Karma, or what have you. The result is no rest.

The Sabbath can only flourish with a living faith. It means knowing that the government of all things is on the Lord’s shoulders, not ours (Isa. 9:6–7). We can therefore rest in His government, providence, and care. We can also work in the magnificent assurance that our labor is not vain or futile in the Lord (1 Cor. 15:58; Rom. 8:28). If there is no God, there can be no rest. “The wicked are like the troubled sea, when it cannot rest, whose waters cast up mire and dirt. There is no peace, saith my God, to the wicked” (Isa. 57:20–21).

If we have peace and rest, we communicate it. We are then at all times a Sabbath people. If we do not have rest, then we are a restless and a warring people. We are at war with God, with our neighbor, and with ourselves. We become a center of unrest, and we radiate disturbance. We then create conflicts and try to justify them in the name of our principles.

Men without a Sabbath rest as the principle of their lives are men without Christ, who is our true Sabbath (Heb. 4:9–16). We rest in Him who declares, “Peace I leave with you, my peace I give unto you: not as the world giveth, give I unto you. Let not your heart be troubled, neither let it be afraid” (John 14:27).

The Sabbath is thus much more than a day. It is the Lord, a faith, and a faithfulness. It is resting in Him, and also living and working in Him.

Are you living under Karma, or in the terms of the Sabbath?