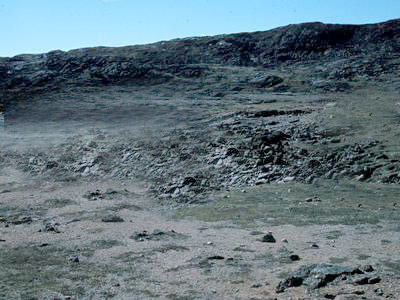 [Excerpted from Chapter 20 of "Law & Liberty" by R.J. Rushdoony

St. Augustine, in his study of society, The City of God, made clear how basic to true society justice is. A society which is not grounded on the triune God and His law is a society destined to reveal its basic hostility to justice. As St. Augustine remarked, of the civil turmoil of the Roman republic, “Peace vied with war in cruelty, and surpassed it: for while war overthrew armed hosts, peace slew the defenceless. War gave liberty to him who was attacked, to strike if he could; peace granted to the survivors, not life, but an unresisting death.” (Bk. III, 28). Moreover, said Augustine, a nation without justice is no different than a band of robbers. “Justice being taken away, then, what are kingdoms but great robberies? For what are robberies themselves, but little kingdoms?” (Bk IV, 4). Every band of robbers, and every criminal syndicate, Augustine went on to state, has an authority, a head, a body of rules or laws, its own self-policing, its fixed territories and cities, and operates exactly as a nation does. Remove justice from a nation and it has little to distinguish it from a band of robbers or a criminal syndicate.

In order to understand the necessity for justice, it is important to know what the word justice means. The dictionary states that justice is the administration or maintenance of that which is just, and the root word, just, is defined as righteous, so that justice is righteousness. Although dictionaries now tend to play down the religious aspect of the word righteousness, it still has, and correctly so, a religious connotation in the popular mind.

Without justice, the law becomes a form of theft. Stripped of justice, the law becomes an instrument of extortion and oppression in the hands of whatever group of men control it. If men of wealth control the state, the law becomes their tool to subjugate the poor and to make them poorer. If poor men control the state, the law then is used to rob the rich and all hardworking men to support those who want to live on the proceeds of robbery. In the one case it is called the maintenance of the social order, and in the other it is called social justice and social welfare, but in both cases it is robbery. And today, because God’s righteousness is despised, the nations of the world are becoming robber states and lands without justice.

Humanism has been responsible for creating these robber states. By denying the relevance of God’s law to man’s law, and by divorcing law from the righteousness of God, humanism has made the law the expression of man’s logic and experience. God’s higher law is denied, and man becomes the ultimate law and lawgiver. The only difference then between the criminal syndicate and the modern state is that the state claims to have the general will of a nation behind it; the lesser order of the
criminal syndicate is thus ruled out as an illegitimate order. But this limited logic could lead a world state to call a national state a criminal order because it merely represents a limited segment of the world’s peoples.

Moreover, because humanism has no ultimate right or wrong, its law is democratic law, that is, it simply expresses the will of the people. But the will of man, whether as an individual or en mass, is, according to Scripture, a sinful will. Sinful man is not interested in justice; he is interested in himself, in getting more and more of the best for himself. When man’s sinful will is the only source of the law, as it is for humanism, then the law becomes legalized robbery, which is, after all, the simplest and best definition of socialism.

With socialism, or legalized robbery, the appetite for robbery is only increased. Men who begin to steal find stealing to be their favored way of progress, and, as a result, theft rather than work becomes steadily more and more basic to the socialistic robber state. Men find it profitable to live by legalized
theft, and they demand all the more of it. As a result, while socialism calls itself the workers’ state, it is in actuality a robbers’ state, wherein the robbers live off the workers and insist that the workers thank them for this new paradise! Nowhere are workers more oppressed than under socialism, and yet they are continually asked to hail, praise, and thank the thieves who live off of them.

Lands without justice, robber states, are the consequence of humanism, of a law divorced from God’s righteousness. Basic therefore to every resistance to the criminal syndicate states are two things: first, personal faith in Christ as Savior, and, second, God’s righteousness as the foundation of civil order, of law and of justice. Apart from this, we are merely fighting humanism with more humanism, which is comparable to fighting fire with gasoline.

In a land without justice, sympathy tends to favor the unjust rather than the just. As a result, sympathy and pity go out to criminals, not to victims. Every kind of legal protection is increasingly afforded the criminal and less and less to the godly and the law-abiding citizen. We are told that we must love the thief, prostitute, homosexual, and murderer, and that to demand punishment for crimes is to be ugly and vengeful, but little love and pity are shown for the victims of their crimes. We live in one of history’s most sentimental eras, and all this sentimentality is lavished upon the hoodlums and criminals of society. In many circles, it is impossible to criticize these hoodlums and criminals without becoming a social outcast. When popular feeling runs so strongly in favor of the lawless, we will always see the progressive growth of a land without justice.

To restore justice, we must restore God to His rightful place in our personal and national lives. For Scripture, true civil governments not only derive their power from God but also their law. According to Scripture, “power belongeth unto God” (Ps. 62:11), and all powers on the human scene can only
be exercised according to His word. God “removeth kings, and setteth up kings” (Dan. 2:21), and “the most High ruleth in the kingdom of men, and giveth it to whomsoever he will” (Dan. 4:32). St. Paul stated that “[T]here is no power but of God, the powers that be are ordained of God” (Rom. 13:1). In
America, during most of its history, God has been recognized as the source of government by the people and by the courts. At the very beginning, the purpose was openly and proudly stated to be the establishment of godly governments. Thus, the Preamble to the Connecticut Constitution of 1639
declared, “Where a people are gathered together the word of God requires that to maintain the peace and union … there should be an orderly and decent Government established according to God.”

Our courts once agreed with St. Augustine that, “if Justice be taken away, what are governments but great bands of robbers?” Thus, a decision of 1905 stated, “If through the courts of justice, a man can be chiseled out of his property…then it would be well to abolish the courts, and let every man, like the ‘heathen rage’ and be ‘a law unto himself.”1 A decision of 1921 said also, “The right of courts to exist and function rests upon their power to mete out fundamental justice.”2 Where justice is removed from a court, that court simply becomes a political tool whereby one class oppresses another, and justice is replaced by injustice. This, of course, is the theory of Marxist law, for communism uses the law and the courts as a tool for the dictatorship of the proletariat and the oppression of all who in any way oppose, disagree with, or fall out of favor of the totalitarian state.

The Soviet law and courts are the logical end result of humanism and of any legal structure divorced from God’s absolute righteousness and justice. “Except the LORD build the house, they labour in vain that build it” (Ps. 127:1).