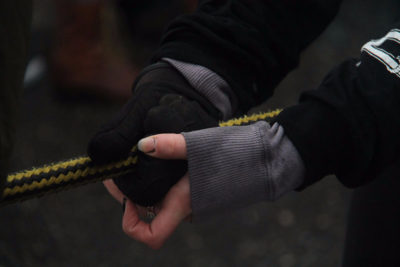 Both in church and state, and certainly in society at large, the importance of law has steadily receded, to be replaced by the doctrine of rights. Early in the 1800s, the poet William Blake emphasized man’s rights in the face of God. In his version of the Lord’s Prayer, Blake wrote: “Give us the Bread that is our due & Right, by taking away Money, or a Price, or a tax upon what is Common to all in thy Kingdom” (J. Bronowski, William Blake and the Age of Revolution, p. 116). When men could assert their “rights” against God, it was logical for them to demand their “rights” from men.

The doctrine of “rights” is essentially anti-law, because it asserts that man is governed not by a duty but by a “right” he ostensibly possesses. Law restrains us and requires that we conform to a moral standard, which we believe to be God’s law. “Thou shalt not kill” (Exod. 20:13) limits our power to exact vengeance; it requires us to respect life as God-given and to be taken only in conformity to His law. We have a duty to protect and further life. “Thou shalt not commit adultery” (Exod. 20:14) not only bars illegitimate sexual activity but requires respecting the family life of others. “Thou shalt not steal” (Exod. 20:15) condemns theft, direct and indirect, by man, or by church, state, or any other agency, and it mandates that we protect property, as well as life and family. The law, in its every precept, imposes a God-ordained duty upon us. As against self-centered living and thinking, the law requires us to think God’s thoughts after Him. Antinomian thinking in the church is humanistic because it removes the God-centered discipline from life. When the church becomes antinomian, society becomes lawless. Desperate measures by the state cannot correct the absence of a God-centered faith such as the law creates. God’s law compels us to think God’s thoughts after Him, to be mindful of our fellow men, to live in terms of God’s will, not ours, His Kingdom, not our rule, and in terms of justice, not license.

The language of rights is radically anarchistic. Its requirement is special privileges for my class, my race, and myself, and it is insistent that justice is not to be defined by God but by individuals in terms of their demands. The doctrine of rights creates social conflict because each group insists that its will must be done. Its concept of society is static. If the world were certainly arrested in its tracks, and its wealth divided, there would not be much to go around. In a world of duty and work, charity, trade, agriculture, and commerce recycle the existing wealth a millionfold, but the “rights” advocates want an arrested world.

History has seen both the rich and the poor insist on their rights as against all others, and the results have been disastrous. Greed, injustice, and class hostilities then prevail and govern society.

The doctrine of “rights” is anti-law and anti-God. The United States, like some other countries, has a problem here, in that, despite its Christian origins, it early imbibed the doctrine of man’s “rights.” Men like Thomas Jefferson were wedded to the concept, and this “rights” heritage has been one of class conflict.

The word right is in origin a good word, meaning “straight, stretched out.” The word rights goes back to the French Revolution, and its meaning is very different. Rights are supposedly “inalienable” properties of all men which somehow have been seized from the common man by evil, conspiratorial groups of men. These “inalienable rights” having been alienated, the role of the masses, the oppressed classes, the workers, the underclass, various races, and so on and on, is to fight to regain these “inalienable rights.” The “rights” doctrine leads to a class warfare society. Marxism was and is only one form, albeit very brutal, of the “rights” doctrine. It is basic to every form of politics in the modern world. The language of “rights” is the language of class conflict because it tells everyone that his problem” is that some other group is trifling with his rights. It turns whites against blacks, blacks against whites, the rich and the poor against one another, and so on.

This is why Biblical law, theonomy, is no academic matter, nor simply a matter for theologians. It is basic to social order. As the modern age abandoned God’s law, it adopted the “rights” doctrine and embarked on a sea of conflict. The world will flounder in wars and rumors of war as long as it pursues the illusion of “rights.” Men will be strongly motivated to demand what they want instead of working for it.

The language of “rights” is the language of Jean-Jacques Rousseau, whose philosophy has governed the world for two centuries. Rousseau was an evil man, radically irresponsible, and totally pharisaic. He has been producing, with his ideas, millions after his own image.

We need a generation remade in the image of the last Adam, Jesus Christ (1 Cor. 15:45ff.), faithful to the law-word of the triune God, and obedient to its duty to obey God in all things and in all spheres. Then and only then will it come to pass, as David said, “All nations whom thou hast made shall come and worship before thee, O Lord; and shall glorify thy name” (Ps. 86:9).