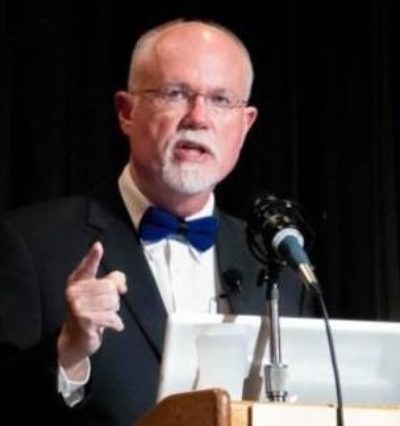 How many victory notices cross Satan’s desk that are marked “Won By Forfeit”? How many institutions are dominated by humanist influence because Christians long ago evacuated the battlefield? How many strongholds exalted against the knowledge of God have you torn down? How engaged are we Christians in the decisive battles of our time? Why is it that on those rare occasions when we Christians DO engage the enemy, we persist in using carnal weapons — peashooters in lieu of the bazookas God has provided?

One obvious example: boycotts are carnal weapons, but Christians, in the name of Christ, routinely call for them, and regard failure to join them as being tantamount to endorsing the sin the boycott ostensibly opposes. Christians habitually gravitate toward Saul’s battle gear, and regard David’s five smooth stones as patently inadequate.

In the example given, Satan rejoices when Christians use boycotts to press their cause, because they’ve thereby forsaken the weapons that are actually mighty to tear down strongholds. It’s a compound victory for Satan, because the Christians think they’re being effective, and further entrench themselves in the use of worldly weapons.

(While I regard the manipulation of mammon — boycotting — as not being among the spiritual weapons Paul promotes over worldly ones, I do hold to the mandate to cast down strongholds … using proper weaponry.)

Regarding boycotts, Nehemiah 13:16-21 articulates the Biblical pattern: Israel could buy all they wanted from the heathen, the proceeds of which capitalized heathen wickedness, but they could not purchase such goods on the Sabbath. Christians have inverted this pattern: decapitalize corporate evil with economic boycotts but otherwise purchase goods at will on the Sabbath.

Unlike us, Nehemiah understood that there was no “transmission of guilt” to the buyer when sellers used the proceeds for evil, because he revered the principle of individual responsibility laid out by Ezekiel: “the soul that sinneth, it shall die” (Ezek. 18:3).

Otherwise, the widow who put her two mites into the temple treasury was culpable, after the fact, for capitalizing in part the crucifixion of Christ.

If something can be known by its fruits, note well that boycotts teach corporations the fear of Christian economic action as a special interest group, NOT the fear of God.

By calling for Christians to exhibit this kind of clout, we differ little from Moses when he struck the rock twice at Meribah (Num. 20:10-12). Simply put, evil can only be overcome with good (Rom. 12:21). Boycotts constitute another example of “a way that seemeth right to a man, but….”

Ineffectiveness and cultural impotence are not virtues, nor should we by spiritual sleight of hand translate them into that sphere. We have deliberately marginalized ourselves in virtually every sphere and, to use Ezekiel’s phrase, have daubed the resulting handiwork with untempered mortar (Ezek. 13:10-15). Compromised, muddy thinking will sheathe, more than expose, the two-edged sword (the Word of God) that we’ve been given.

My focus as a Chalcedon research associate for 24 years has not been the social sciences (which dominate Chalcedon’s output), and that for two reasons: (1) it’s not my area of strength, and (2) there is — and remains — a clear need to retake ground in the areas not covered by the social sciences, e.g., the hard sciences and the arts.

By casting its net wide, to encyclopedic dimensions, Chalcedon provides the underpinnings for taking every thought captive to the obedience of Christ. Chalcedon has been most effective when trailblazing areas long untouched by the Christian worldview.

When Chalcedon puts such a stake in the ground (e.g., illustrating the relevance of the Bible to mathematics), it effectively becomes a banner “to which the Gentiles shall seek” (Isa. 11:10).

Those who imbibed the work of Dr. R. J. Rushdoony and the Chalcedon writers gained, among other things, a defensible foundation from which to expand, and inspiration “to go and do likewise” in other spheres and disciplines.

The question as to whether Chalcedon would survive the death of its founder in 2001 has been an understandable one, a question that has fostered many different answers, some thoughtful, some cynical, some self-serving.

Far from being put on mere autopilot, Chalcedon has conducted a reflective reconnaissance concerning Rushdoony’s legacy. The only God-honoring posture with respect to this legacy is to treat it as a bedrock-deep foundation that is to be (1) built-upon and (2) widened. Mere preservation alone would directly violate the very tenets of Rushdoony’s life’s work. He’s shown us the way: now walk ye in it!

Over time, some of Rushdoony’s works have become dated. A new generation must take up the battle and claim additional ground for, and in the Name of the King of Kings to confront the humanistic worldview on the battlefields of today.

Further, many spheres remain to be addressed from a Biblical worldview. Far too many Christians default to a humanistic position in a given discipline because they’re unaware of a Christian alternative — and often because no cogent Christian alternative has been developed and communicated to them. Examples instill courage where it’s needed the most.

In 1997 I had submitted a massive article to Chalcedon’s Journal of Christian Reconstruction that applied the Biblical worldview to the field of linguistics. Linguistics! The Scriptures illuminated the invidious dualisms pervading this tortured field of study, and led the way out of the unfruitful darkness now governing the discipline.

This essay was highly regarded by a secular Ph.D. in English, who publicly praised its powerful, well-documented research and conclusions. Nonetheless, Journal publication subsided before the article could see the light of day. How many other “stakes in the ground” have forward-thinking Christians driven, of which we are unaware?

Communication is the key. In times of darkness, we must adhere to the pattern of Malachi 3:16: “Then they that feared the Lord spake often one to another.” This is all the more necessary because “the work is great and large, and we are separated upon the wall, one far from another” (Neh. 4:19).

Reigniting the research component of Chalcedon’s work is the key to effective stewardship over the great legacy handed down to us. It’s tempting for those of us of like mind to intone, “We have Rushdoony as our father!” (I count myself as such a one.) The predictable rejoinder to this would be, “Then do the works of Rushdoony!”

The planned rebirth of the Journal of Christian Reconstruction is a good starting point. It would follow hard on the heels of the publication late this year of All Things In Subjection: The Continuing Impact of the Thought and Theology of R. J. Rushdoony, a formal Festschrift for Chalcedon’s founder that takes fourteen diverse spheres and has three writers address Rushdoony’s influence upon each discipline.

The first writer is one from within the Rushdoony camp; the second writer is not; and the third writer represents the next generation — over 40 contributors in all. This unusual approach serves to illustrate the breadth of Rushdoony’s influence.

By reinvigorating its research arm, Chalcedon conquers additional intellectual territory and provides encouragement to those hungry for Biblical alternatives but unable to find them. It also means we take the term “continuing impact” with utmost seriousness.

Use It or Lose It

What shall become of Rushdoony’s influence, his legacy, is up to us. My view is simply this: use it or lose it. More to the point: expand it, or it will contract. Remember the great things Joseph did in Egypt as second in command? Nonetheless, “there arose a new king over Egypt that knew not Joseph.”

Returning the exact same talent we received intact simply won’t cut it – Rushdoony’s work must now be consciously multiplied. This is our mission: to lead the charge against humanism in all its intellectual guises by example.